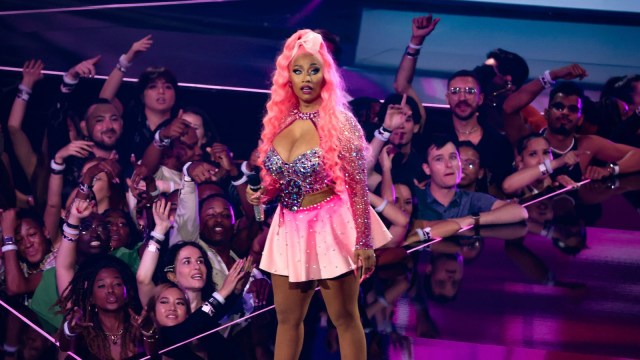 Welp. Do not imply Nicki Minaj has a drug habit. That’s what YouTuber Nosey Heaux aka Marley Green after the singer wasted no time coming for her after Green alleged that the “Super Freaky Girl”  was a cocaine user in a Monday blog post. The allegation has found Green the subject of a $75,000 defamation lawsuit filed by Minaj today.

“Marley Green is a disgrace — someone so lacking in fundamental decency that she has posted vile comments about Nicki’s one year-old son,” Minaj’s attorney, Judd Burstein wrote in a statement according to XXL Magazine “When this case is over, she will no longer be permitted to use the name “Nosey Heaux” because we will take her trademark from her when she does not have enough money to pay the judgment.”

“Anyone else who spreads lies about Nicki will suffer a similar fate,” Burstein continued. “My marching orders are to aggressively sue anyone with a media or social media following who damages her with intentional lies. Eventually, the lesson will be learned.”

According to Yahoo News, Green claimed that “[Minaj is] shoving all this cocaine, shoving in all this cocaine up her nose. Allegedly. Thank you. Allegedly. But we all know it’s true. F*** – listen, I can’t even say allegedly with that ‘cause I – we know it’s true. I’m not saying allegedly on that. Nicki Minaj is a cokehead” in a recent video posted to her social media. The segment is quoted in Minaj’s lawsuit.

Green also allegedly made statements regarding Minaj’s son that, while not actionable, were categorized as “vile comments” in the lawsuit. Green has made no statement to the press since the lawsuit but has remained active on Twitter.

In a recent tweet, she has said that she will countersue Minaj, stating, “Nicki Minaj has been in a rage for several days now. She threatened me, sent her barbz to harass and threaten to kill me, now doxxing me. She has gone way too far and I’m definitely suing her. #Survivingthepettys”