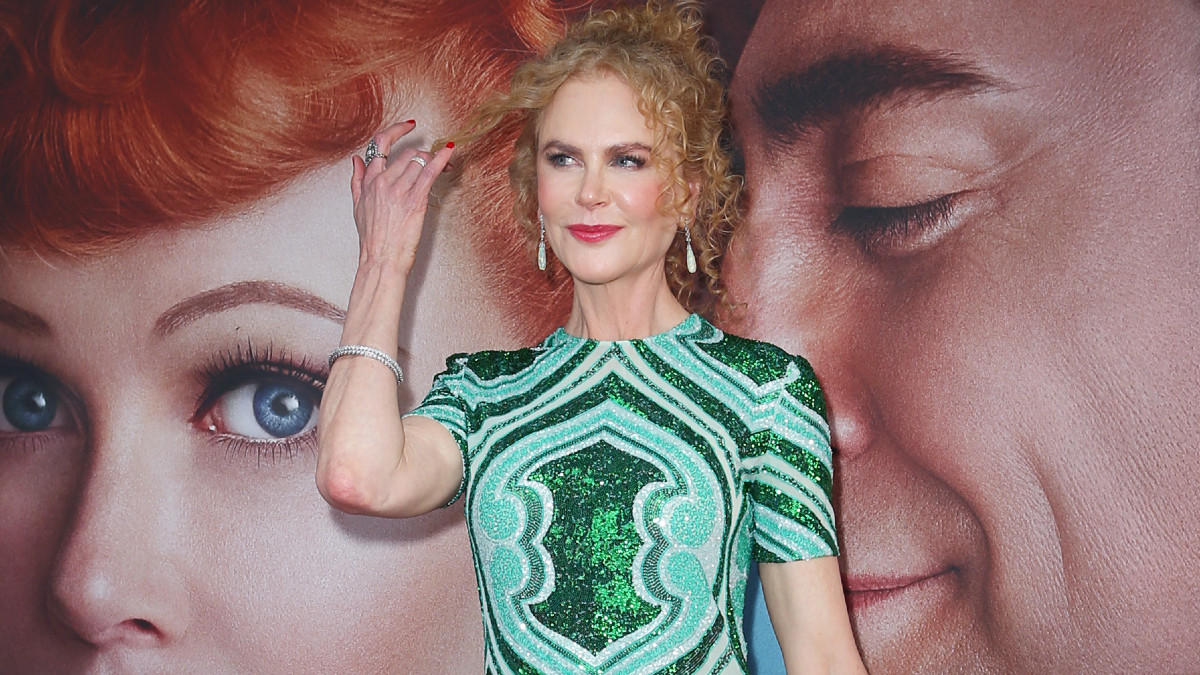 Nicole Kidman is featured on one of the eight rotating covers of the 28th annual Vanity Fair Hollywood issue, but the way the magazine has the Being the Ricardos star styled is definitely a, uh, choice, as people are pointing out on social media.

In the photoshoot, Kidman is dressed in a matching Miu Miu ensemble that the fashion line recently debuted during Paris Fashion Week for its spring/summer 2022 season, which is described as “rebellious school girl meets chic teacher.” As Fox News points out, Emily Ratajkowski and Hailey Bieber have also been spotted wearing the brand’s similar looks, and Bieber even models for the brand’s latest campaign.

However, some felt the look was infantilizing for the 54-year-old actress — not to mention, the Photoshop shenanigans going on behind the scenes. As evidenced by a video accompanying the shoot and candid paparazzi shots, Kidman does indeed rock perfect six-pack abs. But something with the perspective seems off. Kidman’s body seems bizarrely skewed and one-dimensional — or as Jezebel aptly writes, the publication makes Kidman look “like an NFT version of herself.”

On Twitter, the look is being compared to everything from the “Gwenification of Nicole Kidman” to a “knockoff Paris Hilton outfit from 2004,” as people were gobsmacked that someone would do this to poor Kidman.

On the other hand, there were also plenty of jokes. “This Nicole Kidman fit feels like a good example of the vibe shift IMO,” wrote Thrillist editorial director Kerensa Cadenas, referring to The Cut’s recent viral article.

“Nicole Kidman is cool and it’s cool to dress like a Lolita until you die (bangs gavel),” tweeted podcaster Molly Lambert, adding, “You will pry the miniskirt off my cold dead legs.”

Another user pointed out that Kidman’s Photoshopped cover is nothing compared to Hollywood making entire movies using CGI actors.