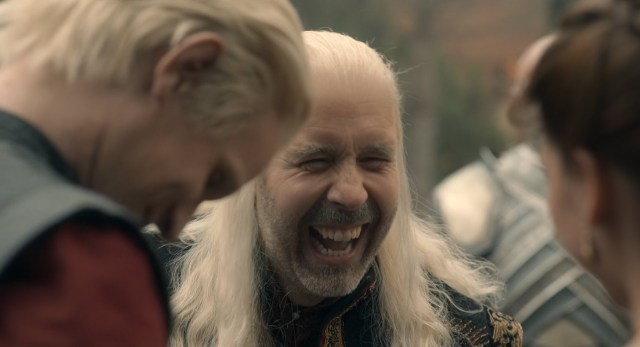 House of the Dragon and The Rings of Power premiering in roughly the same time period has ignited another fandom war, but it seems that the one fantasy show to rule them all can’t handle the reign of fire and blood.

At first glance, there might be nothing similar between the two stories. One is about historical politics and power struggles with a bit of dragon-riding added in for good measure. The other is yet another retelling of the classic good vs. evil tale, packed to the rafters with fantastical elements.

And yet, ever since Game of Thrones became a phenomenon in the early 2010s, fans have compared J.R.R. Tolkien and George R.R. Martin as they would old rivals, with the purpose of determining whether a more modern interpretation of the classic formula has managed to outshine the father of high fantasy literature.

While it’s hardly fair to compare The Rings of Power, developed by writers at Amazon Studios, to House of the Dragon, which is supervised by Martin himself, the fandom can’t help but make fun of the competition. More specifically, the fact that next to the latest foray into Westeros, The Rings of Power is a bore-fest.

Cheap shot. But on a more serious note, did anybody else hear the farting sound when the king made his joke?

Is it even a competition? The shows are clearly doing different things.

Besides, the Tolkien community is talking The Rings of Power down themselves, so why kick someone when they’re already down?