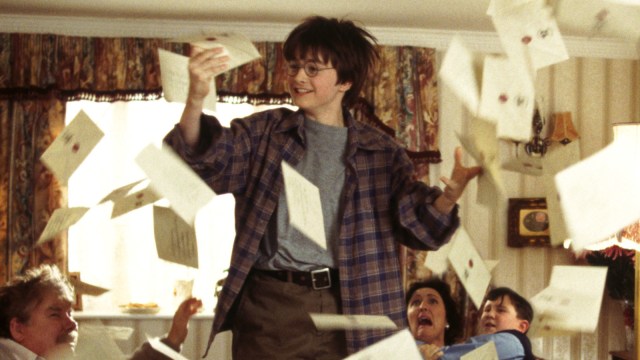 It’s the 25th anniversary of everyone’s first trip to Hogwarts and the beginning of the pop culture realm’s adoration of all things Harry Potter.

Harry Potter opened a beautiful door to the world of magic, wizards, witches, and spells. We were sorted into our own Hogwarts houses and dreamed of taking classes with the likes of Hermoine Granger, Ron Weasley, and Luna Lovegood.

We spent hours lost in the books and in each film as they debuted, but there were still some plot holes that fans have long wished could be filled. In celebration of the 25th anniversary, or maybe just because this Harry Potter fan is fantastic, a Reddit thread invites fans to share plot holes they found in the Harry Potter realm, and they’d attempt to fill them.

The original poster wasn’t the only one who offered up their services, and soon the thread was full of plot holes and suggested storylines that filled them in for longtime Harry Potter fans.

This user had a question about the mechanics of a particular character’s revival.

This fan wanted to know why no one did the seemingly very obvious thing by asking Myrtle how she died.

How did Sirius get his wand back?

This fan had questions about the dark mark, and a few responses had pretty great theories.

This fan is asking the hard-hitting questions — no, really, this is a great one.

How exactly did Hermione adjust her parents’ memories?

Some of the questions asked have responses that are over 60 comments long, so if you feel like doing a deep dive into Harry Potter theories tonight, the Reddit thread will keep you busy.