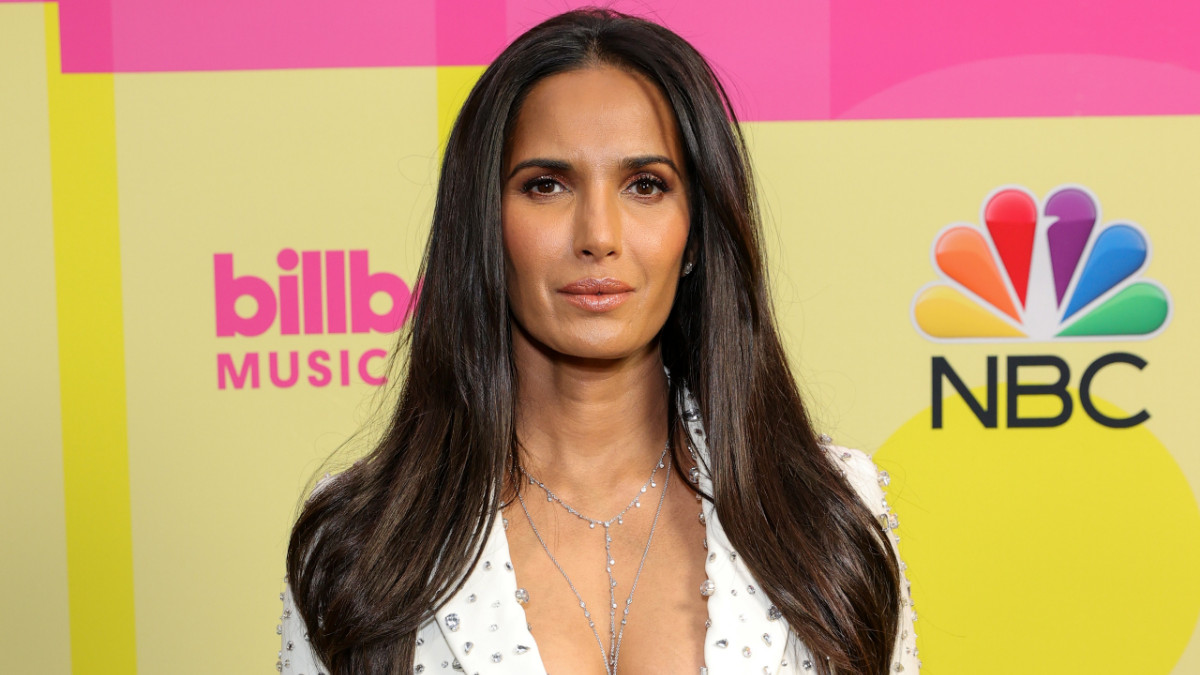 Former Sports Illustrated swimsuit model Paulina Porizkova clapped back at online haters last week by putting on blast a comment that she says is typical every time she posts a bikini photo as a 57-year-old woman. Her post subsequently went viral and the ensuing hashtag has been adopted by other famous women of a certain age, including Top Chef host Padma Lakshmi.

“Here’s a good follower comment — echoing a few others,” Porizkova wrote in her original post, along with a screenshot of an Instagram user who insinuated that she was getting “old and ugly” as she naturally aged. “A woman of 57 is ‘too old’ to pose in a bikini — no matter what she looks like. Because ‘old’ is ‘ugly.'”

“This is the ageist shaming that sets my teeth on edge. Older men are distinguished, older women are ugly. People who believe prettiness equals beauty do not understand beauty. Pretty is easy on the eyes, partly because it’s a little bland, inoffensive. It’s easy to take in and easy to forget. Not so beauty. Beauty can be sharp. It can wound you and leave a scar. To perceive beauty you have to be able to SEE.”

“This is why I believe we get more beautiful with age,” she added. “We have earned our beauty, we understand what it is, and we can see it so much better. There is no such thing as ugly and old. Only shortsighted and ignorant.”

She later followed up with a Twitter selfie using the troll-inspired hashtag on Sunday, that was shared by the likes of actress Tara Strong, among hundreds of others.

“The love continues!” she wrote. “57 and proud! Keep posting your wonderful beautiful selves and tag #oldandugly so we can keep sharing the [love].”

Lakshmi added her own contribution to the hashtag on Monday morning, including a TikTok video of herself looking fire in a bikini, walking along a beach. “This is 51,” Lakshmi tweeted.

“I’m more confident and sure of myself than ever before. I feel better about my body now, even after breastfeeding, gravity, etc. than I did in my 20s,” she continued. “It takes time to develop as a person and I’m not riddled with insecurity anymore,” she added. “Age is just a label.”

“Btw, it’s not my birthday! I just think aging is beautiful and should be celebrated,” Lakshmi added in a follow-up tweet. “All too often women are criticized when they let their age show. And sometimes, especially in the entertainment industry, I don’t think we give women a chance to mature. Age is just a number!”

As body positivity has made such monumental strides in recent years, until now, that grace has not quite been bestowed to women in their 40s, 50s, and beyond — who do indeed face greater criticism than men. And quite honestly, if a former supermodel can’t get away with posting a bikini photo without getting trolled then that really says something about society’s attitude. Wear those swimsuits proudly, ladies!