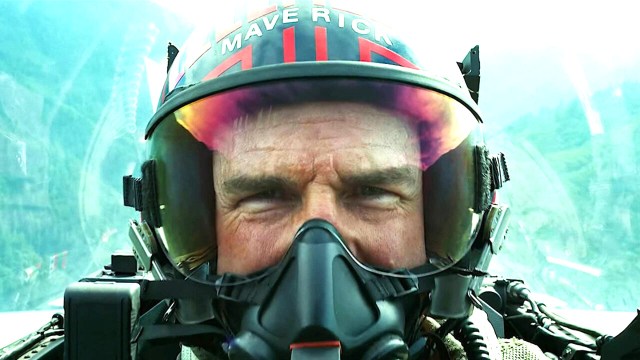 It’s time to grab your flight gear and prepare for high octane fun as Top Gun: Maverick flies into theaters for a one-of-a-kind experience for its massive fan base.

A press release from Paramount shares the exciting news that Top Gun: Maverick is bringing fans an immersive and exclusive look at the making of the blockbuster hit thanks to its soaring success. The movie is now, officially, Paramount’s “seventh highest grossing domestic box office movie of all time,” and rightfully so.

With an all-star cast, incredible storytelling, next-level acting — and the whole Miles Teller renaissance thing, the movie was sure to be a hit.

So how can you see the special edition theatrical experience? Paramount shares the following information for the experience happening this weekend.

“This Friday, August 12, marks the return Top Gun: Maverick to some of the most immersive cinema formats in participating theaters. From Friday through Sunday, August 14, before the film begins showing in all participating theaters, fans in attendance will experience exclusive content that features a behind-the-scenes look at filming aboard the USS Roosevelt with Tom Cruise and the cast to see what it takes to work, film, and live on a warship. active. Tickets for all shows Top Gun: Maverick Available in topgunmovie.com; on exhibitor websites and mobile apps; As well as participating in the box office nationwide.”

So what do the box office numbers look like? As of Aug. 7, the film has made over $690 million internationally and stands as both Paramount and Tom Cruise’s highest-grossing films ever.

In addition to a memorable experience, select audience members will also receive limited edition prints to commemorate the release of Top Gun: Maverick. It’s time to hit the highway to the danger zone!