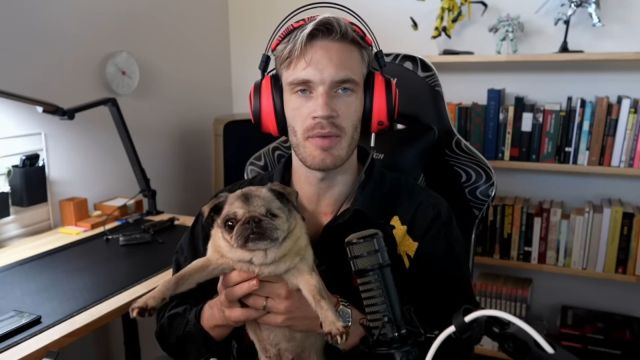 People aren’t happy with Pewdiepie once again. The YouTuber was called out for making fun of a deaf TikToker in his recent video, under the guise of manicure feedback.

In his recent video “My Dog Cringes at TikToks”, Pewdiepie sat down with his dog Maya as they watched different TikTok videos that they deemed to be cringe. One of the videos they watched was a woman using sign language. Unlike the other videos that were viewed, the YouTuber stopped the video midway and “criticized her nails”.

Critics called the Pewdiepie out, saying what he did was offensive to deaf people. Since then, the part in question was removed from the video. But people re-uploaded the scene in question on social media.

People who saw the original video did not like how he made fun of the woman in his video. Some left comments asking the YouTuber to apologize.

However, some defended the YouTuber on social media. They argued that all he did was make fun of her nails and nothing else and that people were complaining without context. They also pointed out that the “weird voice” that he did wasn’t mocking the TikToker, but it was the way he talks to his dogs.

The TikToker featured in the video, @scarlet_may.1, has responded about the recent video, saying that “it was unnecessary” but “she’s used to it”.

Pewdiepie was called out for his content multiple times in the past. The most notable one was back in 2017 when the YouTuber made anti-Semitic jokes and was labeled as a “white supremacist”. The YouTuber also had two of his music videos banned in India in 2019 by the Delhi High Court due to them being defamatory, insulting, and offensive.

Pewdiepie has not made any comments on the criticisms said against him.