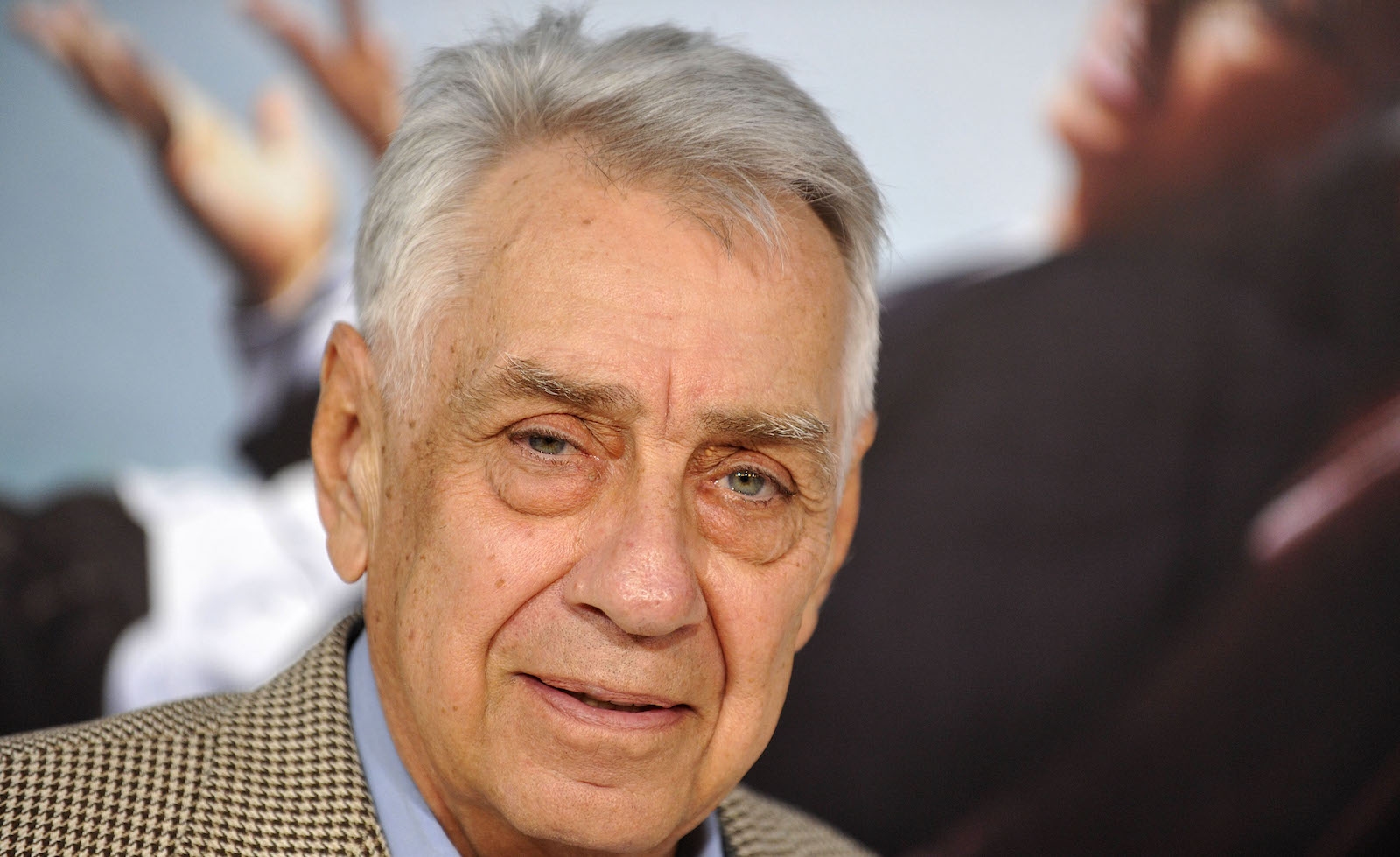 Known for his distinct voice and craggy face, Hall was equally adept at both comedic and dramatic roles. His acting career spanned five decades. A character actor from Toledo, Ohio, Hall took multiple bit TV roles for years, but it would be a chance meeting with a young Paul Thomas Anderson that would change the trajectory of his career, and bless us all with his most iconic roles.

In the 1999 Paul Thomas Anderson-directed Magnolia, Hall played children’s TV quiz show host Jimmy Gator. From the opening scene of the movie, which plays out as a quick, scattershot introduction of all of the characters, we see that Jimmy is a man fully aware of the impropriety of his actions, but seemingly compulsive in his ability to control them. He has held his post for decades as the host of What Do Kids Know?, which is how the public knows him. But underneath the surface of the life and persona he’s built for himself is a troubled man.

Hall plays Floyd Gondolli, adult film producer in ‘70s California in P.T. Anderson’s Boogie Nights. Of all the well-meaning smut-peddlers portrayed in the 1997 classic, Hall played the one responsible for turning the whole industry on its head by introducing the concept of using video to tape, instead of film the pornographic movies, an idea that our main protagonist, Jack Horner, portrayed by the late Burt Reynolds, was initially opposed to.

Hall was given some of the best dialogue of the film, and perhaps his career, and Anderson makes pornography look more like a genre than a niche.

In the 1993 P.T. Anderson-directed short film, Cigarettes and Coffee, Hall played the role of Sydney. As the film opens, Sydney sits across the table from a young man in a diner, who seems to have something important he needs to discuss with Sydney, but before he can get down to it, Sydney insists that they complete the ritual of lighting a cigarette and filling their coffee cups before he can even start talking. A strange little story, it led to Anderson’s feature film debut, Hard Eight, starring Gwyneth Paltrow, John C. Reilly, Samuel L. Jackson, and Hall playing the same character, Sydney. Engaging in this odd ritual is a way of foreshadowing, as Sydney is a professional gambler, rituals are often performed by the superstitious, superstitions are akin to luck, and winning has as much to do with luck as it does skill.

Both films create an atmosphere of believability, and Hall conveys the vortex of inertia that is the culture of a high-stakes speculator.

Eye for an Eye

Sally Field plays Karen McCann, a woman whose teenage daughter has been brutally raped and murdered by Robert Doob, played by a very convincing — and very creepy — Kiefer Sutherland, in Eye for an Eye. Karen feels encouraged to exercise her vigilante chops when Doob gets away with his crime on a technicality. But she is discouraged by her husband, who convinces her to go to a victims’ support group instead.

When she meets the cagey Sydney Hughes, played by Hall, her desire to pursue the case against Doob is revived, and she secretly takes up self-defense training, buys a gun, and learns how to use it.

Hall is fabulous as her mentor and advisor. He makes sure that she knows that he and his cohorts’ operation is illegal, that she could end up locked up herself for murder, but he agrees to help her by providing her information on how to track down the killer and get rid of him. Hall plays it straight, and his serious manner and fatherly platitudes for Karen and her cause seem to come naturally to him.

All Good Things, the fascinating real-life depiction of Robert Durst, a real estate heir whose participation in the documentary series, The Jinx, in 2015 led to his conviction of murdering his wife. Durst was suspected of murdering his neighbor, Morris Black, but died in January 2022 before he could be tried for this crime and the murder of his longtime friend, Susan Berman. Morris Black, renamed Malvern Bump for this production, was played by Hall.

Durst was living in a tenement flat in Galveston Bay when he became friends with Black. In the film, Hall plays Black (Bump) as a desperate man, susceptible to the psychotic whims of a narcissistic Durst, played by Ryan Gosling. He was easily manipulated into killing Berman, and then eventually murdered and dismembered by Durst. We can’t help but feel deep sympathy for Hall, who is presented in only one dimension: how he can serve antagonist Durst.

Hall was cast as Lieutenant Joe Bookman, a detective tasked with tracking down overdue books for the New York Public Library. The concept on its own is absurd enough, and Hall’s over-the-top performance was as hilarious and quotable as Seinfeld itself. We’re talking about just a couple of episodes of the show that made Jerry Seinfeld, Jason Alexander, Michael Richards, and Julia Louis-Dreyfus famous, but Hall brought that character to life. He later told the Rolling Stone in 2014, people would call him “Bookman” on the street, never allowing him to put that character to rest.

Hall was a terrific, talented character actor who agreed to do a one-man play on film for legendary homeboy Robert Altman, whose career was at a low ebb. The film was crewed by Altman’s students at the University Of Michigan/Ann Arbor — Altman was exiled from Hollywood by the mid-80s after a string of money-losers and because he could not suffer fools, especially producers & film execs. He was irascible and drank too much (although he reportedly reformed around this time). Philip Baker Hall always turned in wonderful work, but in Secret Honor he blew the doors off despite not looking that much like Richard Nixon.