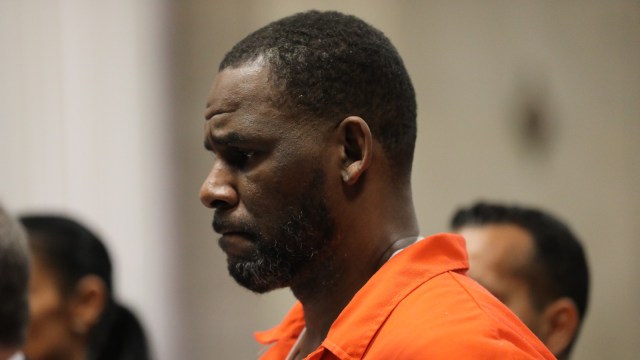 R. Kelly has been found guilty of several charges related to child pornography and sex abuse thanks to a conviction by jurors in a federal court in Chicago on Wednesday.

That same jury — which consisted of four white women, three white men, three Black women, and two Black men — acquitted Kelly of seven other counts, including one count of child pornography, one charge related to sexual exploitation of a child, an aggravated criminal sexual abuse charge, and four counts of conspiracy, according to WGN.

The 55-year-old Kelly is already facing a 30-year prison sentence from previous convictions based in New York related to sex trafficking and racketeering charges, and he faces further criminal charges that have yet to be deliberated, once again in Chicago, and another in Minnesota.

When it comes to this most recent case, Kelly’s two co-defendants — Derrell McDavid, and Milton “June” Brown — were both acquitted of their charges. McDavid was Kelly’s business manager, while Brown was his assistant.