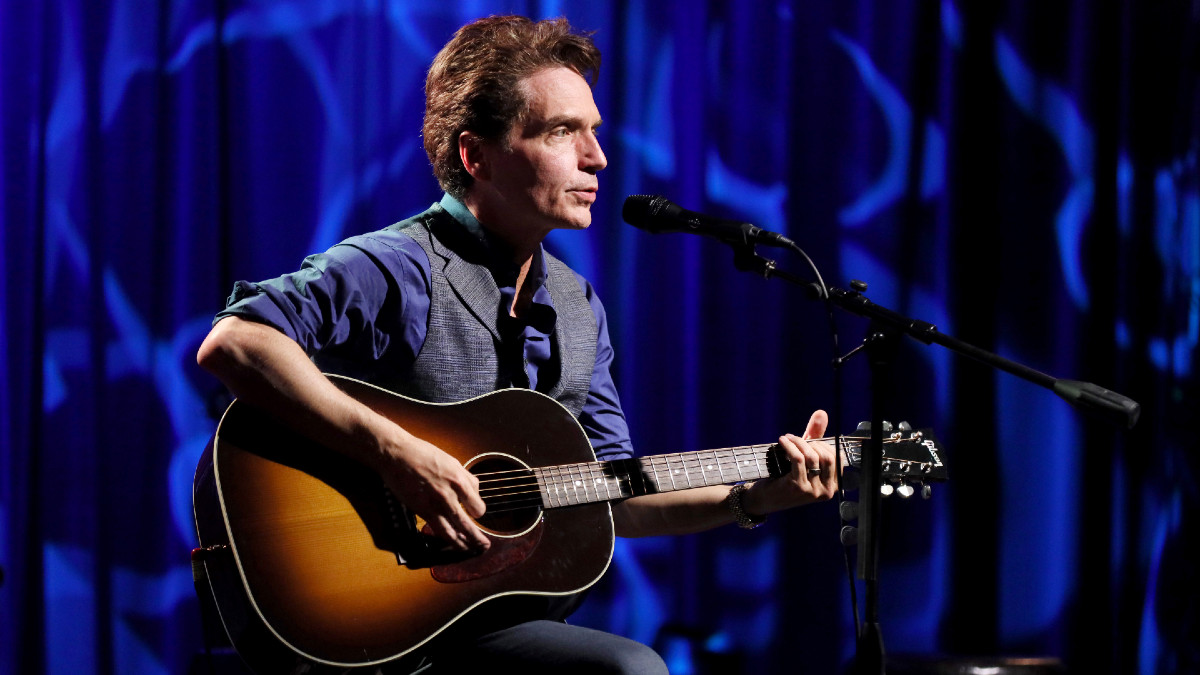 Generation X remembers Richard Marx as the crooning singer-songwriter behind hits such as “Right Here Waiting,” “Hold on to the Nights,” and “Now and Forever.” And although the 58-year-old still regularly tours, his music career as of late has been overshadowed by his prolific Twitter account, where he has been an outspoken critic of former President Donald Trump and the rest of the Republican party.

Case in point, on Monday afternoon Marx began trending after delivering a blow to actor Nick Searcy, who is best known for portraying Chief Deputy United States Marshal Art Mullen on FX’s Justified for six seasons from 2010 to 2015. Although, Marx’s initial beef was not with Searcy, but conservative author Kurt Schlichter.

Over the weekend, Marx trolled right-wing Twitter, as he is wont to do, with a tweet sure to instigate.

“To those of us who are ACTUAL patriots, it is and has always been crystal clear,” Marx wrote. “If you’re a white nationalist … if you’re praising Putin … if you’re against CRT … if you want to make it harder for POC to vote … if you defend January 6 … you are a traitor and an enemy of democracy.”

Welp, sure enough, it did the trick, and it didn’t take long before Schlichter came charging into his mentions, insinuating that Marx was writing “shitty music” while “some of us were serving in the Cold War.”

This, in turn, prompted Marx to provide an overview of Schlichter’s career highlights, calling him “such a failure that [the far-right, pro-Trump cable channel] OAN won’t give him a job.”

Schlichter then fired back, eloquently telling Marx that “Ukraine is welcoming brave studs like you to go fight instead of running your sissy mouths like bitches,” adding that he should “go and inspire them with [his] special brand of unchallenging AM filler.”

It was at this point that Searcy jumped into the fray, making a bizarre and childish claim that Marx had to cancel a gig “in front of 35 snoring fans” (which is it, did he cancel the gig, or were his fans snoring?) and that he should go sing to the Ukrainians, “thereby causing many of them to commit suicide.”

The comment is particularly disgusting when you consider the hundreds of Ukrainian casualties since Russia invaded the country last week. Yet, Marx was unperturbed.

“Incorrect, Nick. Playing three nights at that beautiful theater. Just me and my guitar. So grateful after 35 years to still be touring,” he responded, graciously, before adding: “Though your acting career is toast it’s nice to see your side-gig as a boring traitorous assbag is thriving.”

Fans always love to see Marx take down an angry troll on Twitter and, as such, proceeded to rally around the singer. “Y’all best stop coming for Richard Marx. He will light yo ass up,” tweeted one user. “I have no idea who Nick Searcy is but I can guarantee you his wife knows who Richard Marx is,” quipped another user.

There were also plenty of jokes from people about “Richard Marx” trending, which always means we’re in for a delight.

Another user simply stated that “Richard Marx is a badass.”

For his part, Searcy did respond to Marx’s latest tweet with extremely “I’m not even mad, bro” energy.

“I just want to thank all of Richard Marx’s tasteless and humorless fans for losing their shit and typing ‘WHO THE F*CK IS NICK SEARCY,’ and ‘I’VE NEVER HEARD OF YOU all damn day and increasing my mega-stardom by leaps and bounds! I would have ridiculed the Marxist midget earlier!”

Searcy likewise pinned the tweet, which clearly means that he’s super not even mad. For his part, Marx has not bothered to respond — perhaps moving onto even lower hanging fruit than Nick Searcy, if that’s possible.