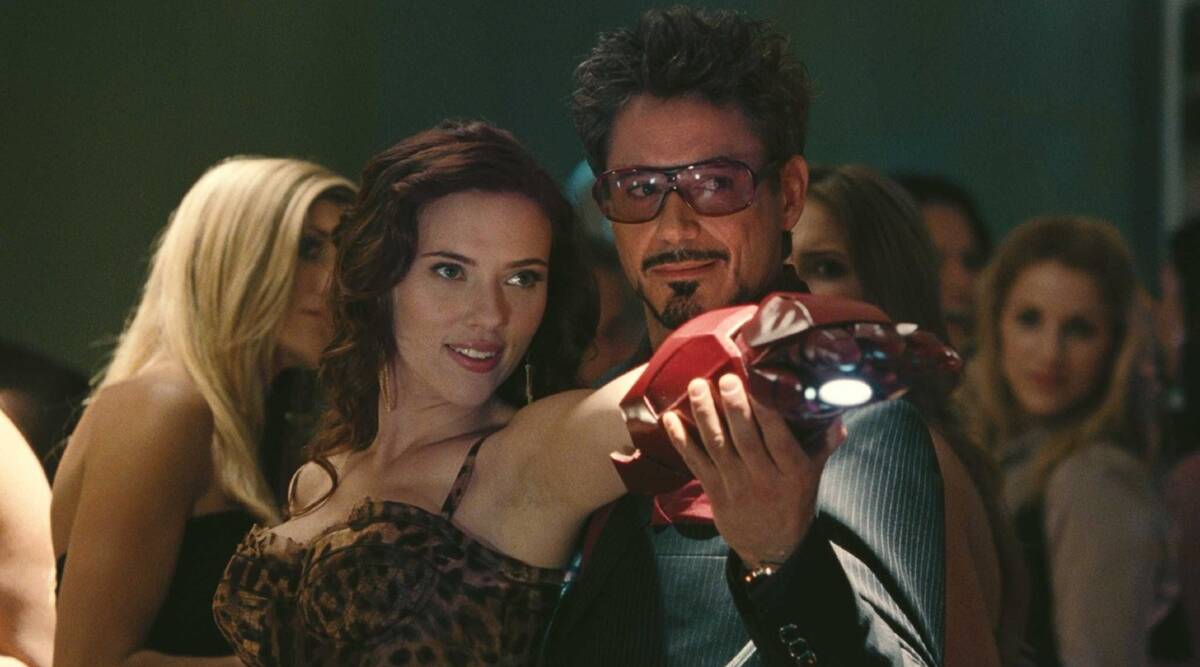 Robert Downey Jr. is having some fun with Scarlett Johansson once again.

In a video he posted to his Twitter account Thursday evening, Downey Jr. embraces the dramatic and shows the transformation using Johansson’s new The Outset skincare products can bring.

At the, ahem, outset of the video, Downey’s Jr.’s face is hidden behind a newspaper that just happens to feature an ad for the company, spanning two full pages. As Johansson’s voice begins with the pitch for her new brand, he quickly yanks aside the newspaper with the sound of her voice beginning the soothing, soft pitch, saying, “The Outset is the ease of simplicity.”

Downey Jr. begins unpacking a bag full of items from the company, and once empty, he takes the bag and puts it over his head, resembling long hair being put up in a towel.

“We believe that skin is best when you begin with the basics, embrace the elemental, and find freedom in the uncomplicated,” Johansson’s voice continues as Downey Jr. begins to apply one of the products under his eyes.

With the final lines of Johansson giving her tagline, dramatically saying “The Outset is <pause> where you begin again” with full climactic wave and music to match, Downey Jr.’s camera has switched to a side profile of the actor, in which he takes on a transformative gaze deep in thought turning to a tiny smirk as the video ends.

Seems like he’s happy to help her broaden this part of her career, as Downey Jr. has posted about The Outset more than their official Twitter handle – as of Friday @theoutsetskin has zero Tweets to Downey Jr.’s one.

The two, of course, have been friends for some time now as both starred in The Avengers films and their own standalone films as Iron Man and Black Widow, respectively.

Showing the lighter side between the two, late last year Downey Jr. gave a hilarious video tribute to Johansson at the 35th Annual Cinematheque Awards, full of profanities and mock congratulations that revealed sincerity.

On a more serious note, earlier this week both Downey Jr. and Johansson signed a petition calling on The Royal Bank of Canada to stop financing the Coastal GasLink, which is a gas pipeline situated in British Columbia, Canada.

Fellow MCU collaborators Mark Ruffalo and Taika Waititi, among many others, signed the petition as well.