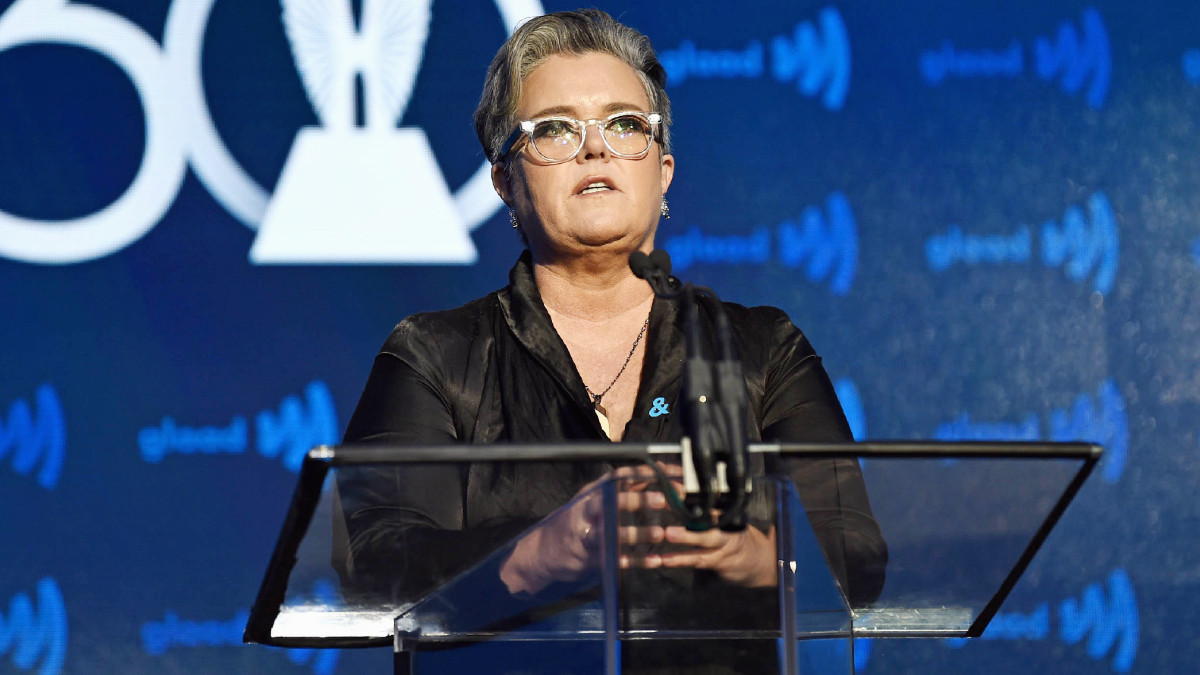 Rosie O’Donnell cranked the awkwardness up to 11 during a recent visit to Nobu, and to hear her tell it, it sounds practically ripped from the scripts of Curb Your Enthusiasm.

“Hi, it’s me, Rosie O’Donnell, and I just embarrassed my son, and his girlfriend Theresa, and Fran Drescher,” the 59-year-old former daytime talk host said in a recent TikTok video. O’Donnell explained that their party had been seated next to Nick Jonas and Priyanka Chopra at the Malibu hotspot — or as she referred to the 39-year-old actress, “Someone Chopra.”

“Didn’t you think Nick Jonas was married to Deepak Chopra’s daughter? Am I the only one who thought that?” O’Donnell asked incredulously, as her son roasted her out of frame: “You had one job!”

To be fair, knowing who Priyanka Chopra is isn’t Rosie O’Donnell’s job, but … OK, that is pretty bad. Especially when you consider that Chopra’s real father, Dr. Ashok Chopra, died in June 2013.

“I had one job, my kid says, and I missed that up. So, Nick Jonas, I apologize and to the Chopra wife, I apologize too,” O’Donnell concluded.

However, after her video began to go viral, people started sounding off in the comments, to either pile on O’Donnell for such an egregious mistake, or to slam Chopra, who some mistakenly assumed handled the situation without grace. So in a follow-up video, O’Donnell clarified.

“People thought she was rude — she wasn’t rude, it was just awkward,” O’Donnell said. “I’m sure she gets sick of that, I’m sure I’m not the only one. But she’s apparently a very well-known actress and more famous than him, people were saying. In fact, before making her U.S. acting debut, Chopra was one of the most famous Bollywood stars in India, in addition to being a successful recording artist.

“Anyway, Priyanka is her name — Priyanka, I hope I’m pronouncing that right. I just want to apologize to her and to everyone who thought it was really inappropriate of me. Sorry, sometimes I fuck up.”

Hey, sometimes we all mess up! As such, many flooded to the comments to tell O’Donnell to be kind to herself. “Give yourself a break,” wrote one commenter. “My respect for you just grew,” write another. “Getting her name right and making a humble apology! That’s huge.”

Consider it a teaching moment, for O’Donnell and anyone else who got sucked into the saga.