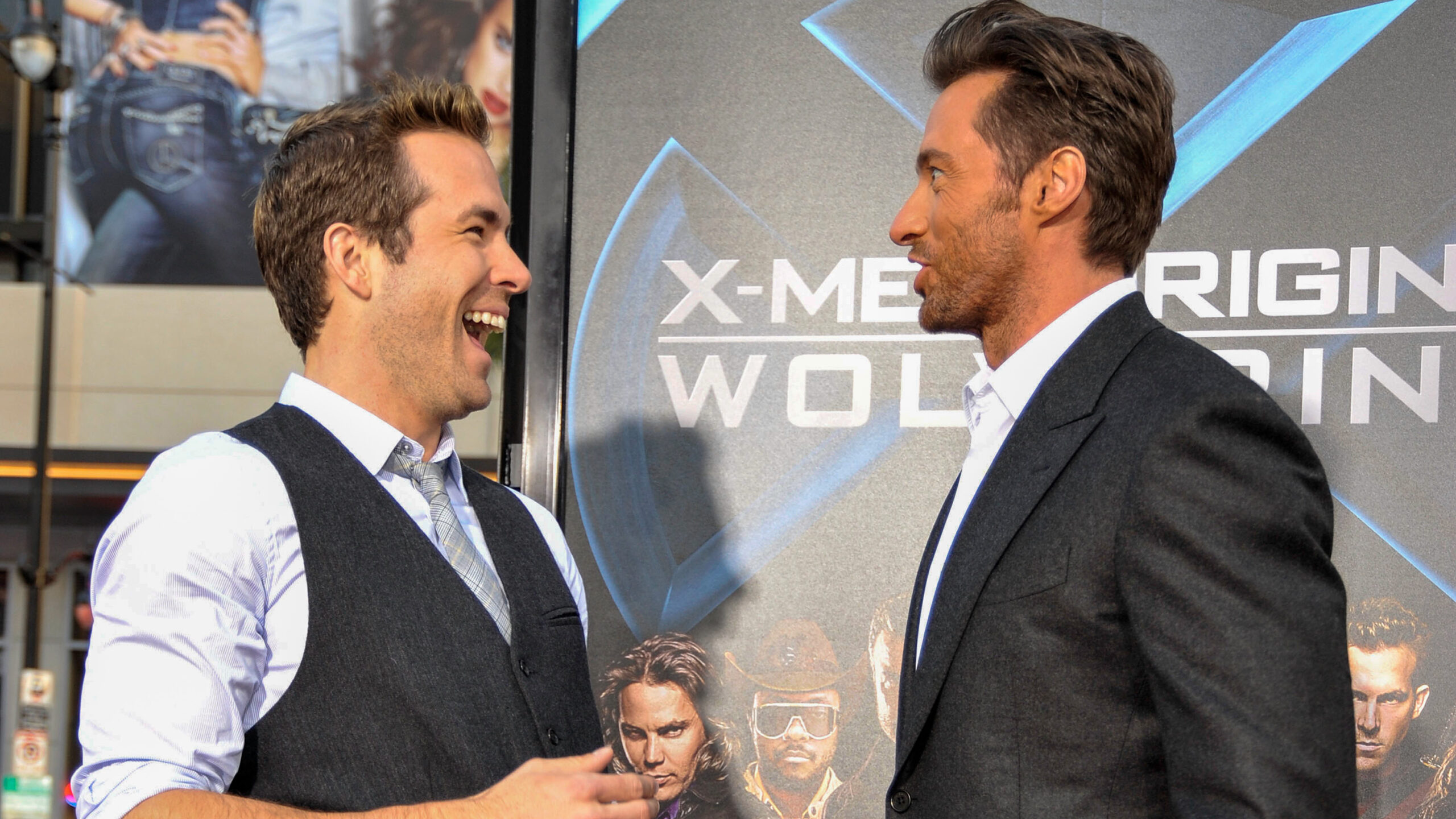 This morning, Ryan Reynolds continued his prank war with Hugh Jackman by sending him a lovely Valentine’s Day gift. The timing was coincidental, as it was actually a congratulations gift for Jackman’s new show’s Broadway premiere.

Jackman stated in his tweet that he received champagne, flowers, and “heartfelt well wishes” from his other friends. But Reynolds went all out with not one, but two portraits of himself.

One of these looks like a hand-drawn sketch in brooding tones. The other is a framed, full-body cutout. It is complete with a sticky note, written by Ryan, that says, “Hugh, Good luck with your little show. I’ll be watching.”

This gift and tweet perfectly capture the good-natured relationship between the two. In the comics, Deadpool and Wolverine have a similar love-hate relationship, so it’s always fun to see the dynamics between the modern-day actors.

The “little show” that Reynolds was referring to is The Music Man Broadway revival.

Ryan Reynolds re-retweeted Jackman’s tweet, but he hasn’t commented on it yet. The rivalry between the two started in 2008 when they met on the set of X-Men Origins: Wolverine. But the official public prank war opened up in 2018 when Reynolds released a fake political ad in Hugh Jackmans’ name.

It’s always a hoot to see what new prank Reynolds has in store for Hugh Jackman. Here’s to hoping that Jackman has something in mind to return the favor in the near future.