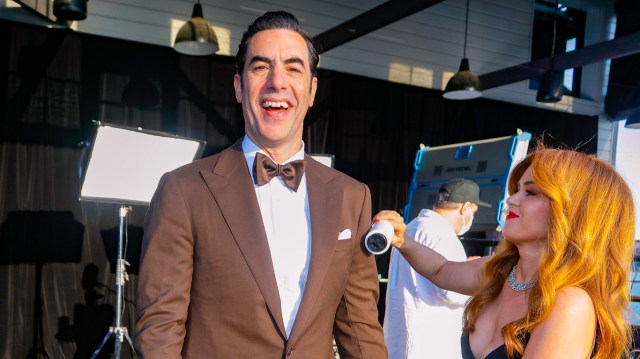 Back in 2018, comedic king Sacha Baron Cohen starred in a political satire TV show called Who is America?, in which he played different characters, and got people in power to say and do ridiculous things, often painting them in an unflattering light. This upset many of the subjects and led to a lawsuit by former Alabama chief justice Roy Moore, which Moore lost. Now, Moore has lost an appeal as well, ending the years-long saga.

Moore, who ran for Senate but was derailed by sexual assault allegations, claimed that Cohen defamed him by using a purported pedophile-detecting instrument on the show that would beep when it got close to Moore.

Last year, Moore lost a $95 million defamation lawsuit against Cohen, with U.S. District Court Judge John P. Cronan at the time saying that Moore signed a contract to be in the show, and that Cohen was protected by the First Amendment.

“Defendants have moved for summary judgment, arguing that Plaintiffs’ claims are barred by both a waiver clause in the agreement that Judge Moore signed prior to the interview and also by the First Amendment of the U.S. Constitution,” U.S. District Court Judge John P. Cronan said, according to Deadline.

On Thursday, three judges on the 2nd U.S. Circuit Court of Appeals upheld the decision, putting it to bed once and for all. “We have considered the Plaintiffs’ remaining arguments and conclude that they are without merit,” the judges said. The show, they said, was “clearly comedy” and “no reasonable viewer would conclude otherwise.”

Cohen’s lawyer, Russell Smith, said he was glad the whole ordeal was done. “After nearly four years of litigation, it seems Mr. Moore’s frivolous lawsuit is finally over.”

In the original lawsuit, Judge Cronan agreed with the eventual decision of the appeals court, mentioning that Cohen had similar segments with other political figures, including former Vice President Dick Cheney.

In addition to the defamation claims, Moore argued that his signature was “obtained through fraud,” and because of that it was “void and inoperative.” The case wound its way through the court system from D.C. District Court to New York federal court.

“It is simply inconceivable that the Program’s audience would have found a segment with Judge Moore activating a supposed pedophile-detecting wand to be grounded in any factual basis,” Judge Cronan said. “Given the satirical nature of that segment and the context in which it was presented, no reasonable viewer would have interpreted Cohen’s conduct during the interview as asserting factual statements concerning Judge Moore.”