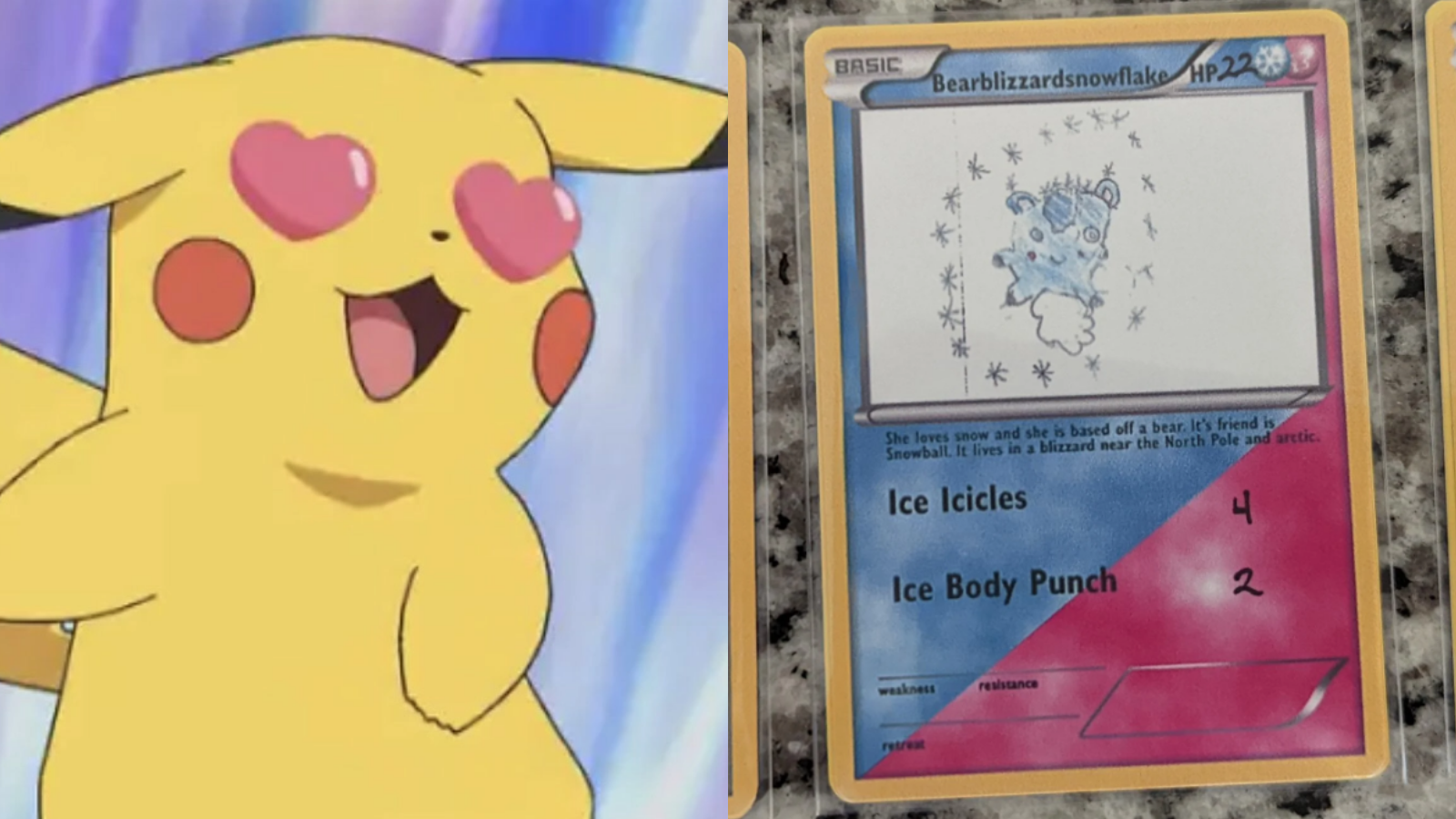 This second-grade teacher decided to end the school year on a positive and wholesome note as they printed Pokémon cards for their students’ original fakemon. And these creations are amazing and are bringing back childhood nostalgia of when we created our own creatures.

Reddit user u/CLyane tasked their students to create original Pokémon as part of their end-of-year Pokémon unit. After the students designed their original creatures, the teacher printed what they had created into laminated Pokémon cards for them to keep and possibly use. The teacher shared the students’ creations on r/Pokemon and oh my they all look amazing.

A majority of the Pokémon designs are dual types. There is Blazzeimp, a fire-fairy Pokémon shaped like a flying dinosaur, Snowball, a fairy-ice Pokémon shaped like a snowflake, and Soul Hole, a dark-psychic sinkhole Pokémon. People on Reddit who saw the cards instantly fell in love, and are also overwhelmed with the power and appearances these creatures have. According to u/CLyane, some of the students took inspiration from already existing Pokémon and tried to make them their own.

u/CLyane said that this activity was inspired by TikTok user heymrslewis, who had a class do a Pokémon unit as well but did a different approach to what the TikToker did.

While it is unknown if they’re going to do it again, u/CLyane said that their students have fun creating their original Pokémon creatures and that they’re glad to see their students progress throughout the school year. And I think Reddit can agree that they would like to see more fakemon made by talented school children.