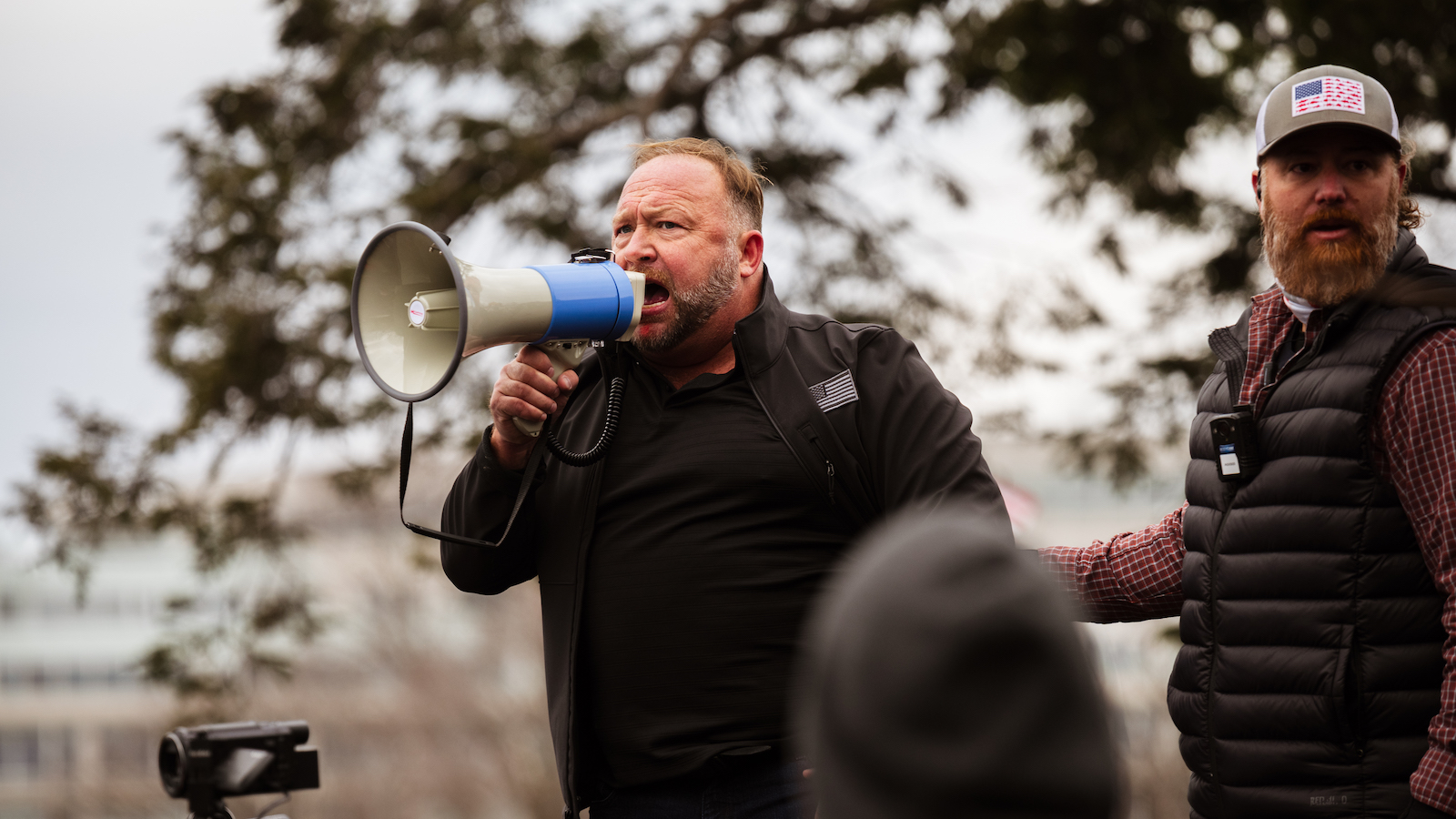 Some surreptitiously added episodes of The Alex Jones Show were pulled from Spotify despite the show being banned from the streaming service in 2018.

Jones, a conspiracy theorist, was also banned from Facebook, Youtube, and Apple Podcasts for hate-speech violations. The watchdog group Media Matters discovered the episodes on Wednesday (Feb. 23) and said they were uploaded daily since Feb. 20. When searching for “Infowars” on the platform, Jones’ show is the first one that popped up, the group said.

All of the episodes were gone by Thursday (Feb. 24) morning. A Spotify representative declined to comment to Variety about the issue. While the Jones’ podcast is gone, his appearance on Spotify’s flagship show, The Joe Rogan Experience, is still available. Jones uses his podcast, one of the most popular in the world with an estimated 11 million listeners per episode, to say that COVID was a conspiracy to stop a good economy and “reorganize society.”

Spotify won’t comment publicly on why the show featuring Jones is still available, but BuzzFeed News leaked an internal memo about Spotify’s policies regarding controversial figures.

“Spotify has always been a place for creative expressions,” the email said. “It’s important to have diverse voices and points of view on our platform.” The email went on to say that the service “won’t ban specific individuals from being guests on other people’s shows, as the episode/show complies with our content policies.”

Other false claims by Jones include that an oral vaccine caused polio and was funded by Bill Gates.

The news comes at a trying time for Spotify, which found itself in the difficult position of defending its content policies in the wake of a reportedly $200 million deal with Rogan after the host caught heat for spreading misinformation. He was also featured in a video saying the N-word numerous times.

In response, Spotify pulled more than 100 episodes of the podcast from its service. The company lost more than $1 billion in value over the controversy, and CEO Daniel Ek was forced to apologize for Rogan’s behavior. However, he stopped short of saying he would remove his star podcaster.

“While I strongly condemn what Joe has said and I agree with his decision to remove past episodes from our platform, I realize some will want more. And I want to make one point very clear – I do not believe that silencing Joe is the answer. We should have clear lines around content and take action when they are crossed, but canceling voices is a slippery slope.”

Despite being largely banned, The Alex Jones Show is currently accessible on Google Podcasts, where he dropped a 240 minute episode on Thursday (Feb. 24).