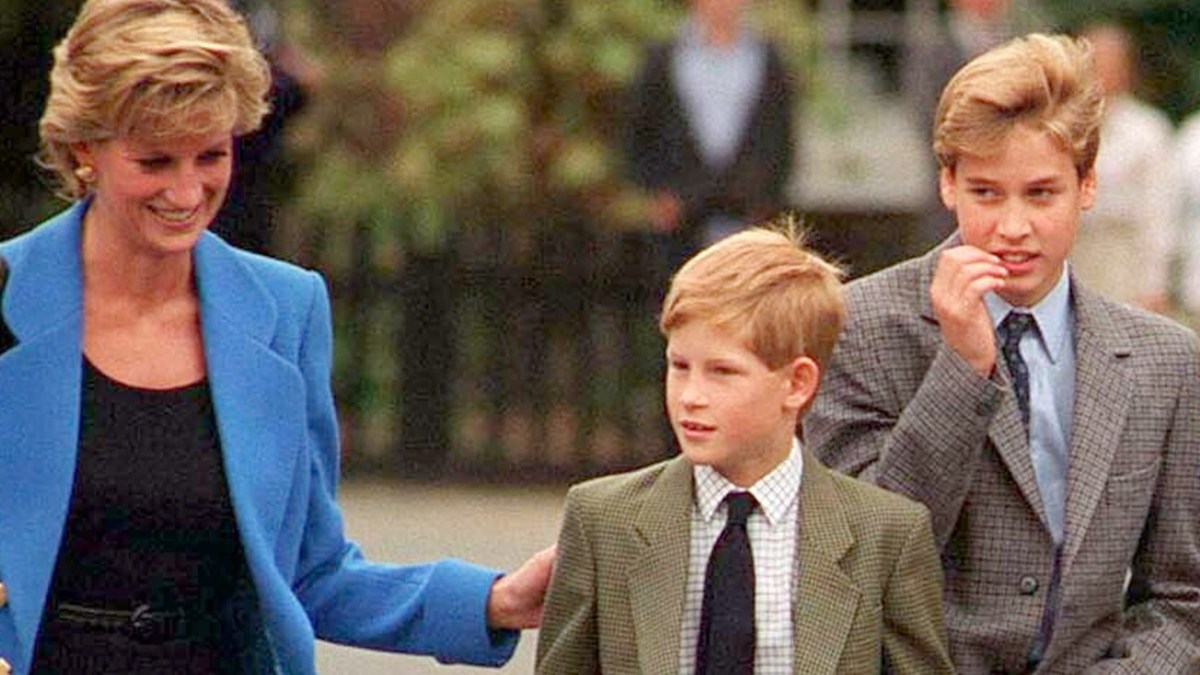 Prince Harry‘s memoir, Spare, hit shelves today, and it’s a vulnerable look into a life spent trying to fill every void, including shoes that never felt quite right, and the story is fast becoming an eye-opening exercise for the royal family’s fans — especially Harry’s.

The “spare” to his brother William’s role of “heir,” Harry spent a lot of time trying to find an identity within himself, and we can’t help but think the missing piece was the thoughtful motivation only a mother can give. Readers are brought to this conclusion as Harry spells out all of the ways he had to adjust to life without Princess Diana. “Death” and “Mummy” weren’t words Harry could connect, a thought so terrible he couldn’t fathom it at all.

As those around him were preparing for a funeral, an idea hit Harry like a “punch in the throat.”

“That was my sudden insight. With nothing to do but roam the castle and talk to myself, a suspicion took hold, which then became a firm belief. This was all a trick. And for once the trick wasn’t being played by the people around me, or the press, but by Mummy. ‘Her life’s been miserable, she’s been hounded, harassed, lied about, lied to. So she’s staged an accident as a diversion and run away.'”

He continued by saying that the realization took his breath away in a good way.

“Of course, it’s all a ruse, so she can make a clean start! At this very moment she’s undoubtedly renting an apartment in Paris or arranging fresh flowers in her secretly purchased log cabin somewhere way up height in the Swiss Alps. Soon, soon, she’ll send for me and Willy. It’s all so obvious. Why didn’t I see it before? Mummy isn’t dead! She’s hiding!”

That very idea was comforting in one sense, but left him stuck in a cycle of doubt and relief, questioning why she’d leave them without telling the boys her secret plan, followed up by convincing himself that it was her way of fighting back, that otherwise she’d never leave them alone.

Prince Harry’s birthday was just weeks after Princess Diana’s passing, and he was sure she’d be back by then, ready to start over somewhere new with himself and Willy.

To try to help the boys cope with the loss of their mother, their Aunt Sarah gave them each something tangible to hold onto, and even that wasn’t enough to convince Harry that she was gone. He describes the moment he was given a lock of Princess Diana’s hair.

“So there it was. Proof. She’s really gone,” he said before immediately convincing himself that the hair could be anyone’s. It simply couldn’t have belonged to his mummy. In perhaps the most heartbreaking statement he makes about her passing and his inability to cope with it, he explains the belief that she was still there.

“I’d know if she weren’t. My body would know. My heart would know. And neither knows any such thing. Both were just as full of love for her as ever.”

Prince Harry spent years after her passing trying to reconcile with the idea of life without her, and while he eventually sat with the fact that she wasn’t hiding, it wasn’t a decision his body was ready to allow him to make.

Losing a parent at any age is unimaginable, but losing the one true safe place Prince Harry ever had was unfathomable for him — and rightfully so. As he grew up, he explains through the book that he could envision her with himself and William in important moments of their life, receiving signs from a great beyond.

His receiving of her after her passing is undoubtedly related to the big love his body and heart still felt for her. You can read more of Prince Harry’s story in Spare, his memoir available for purchase now.