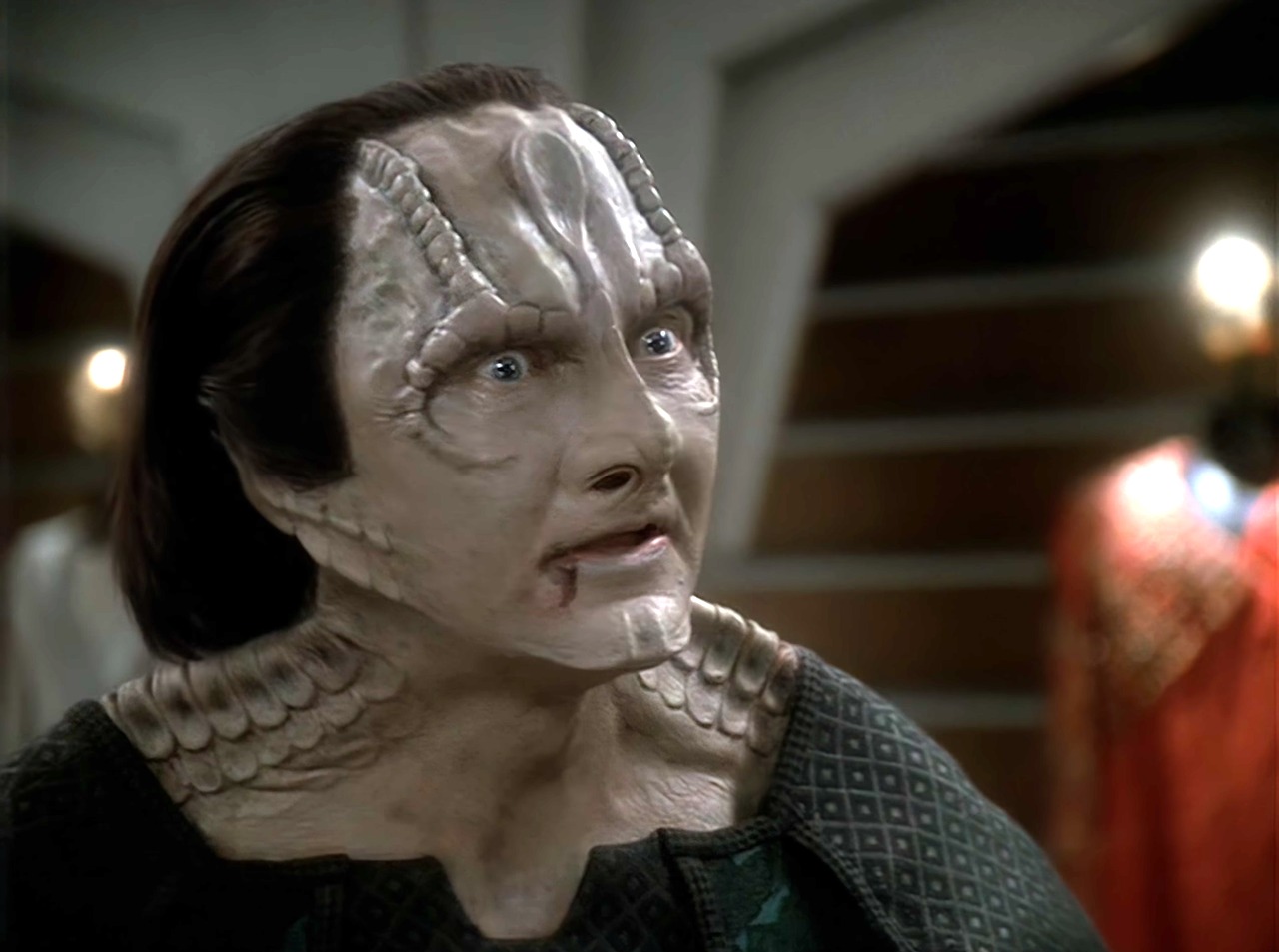 When Star Trek first launched what’s formally known among fans as “The Original Series” in 1965, the 24th Century adventures of Captain Kirk and the crew of the USS Enterprise served as a vehicle for science fiction’s top writers to comment on pressing current events issues of the time. So it’s no surprise that in an interview with StarTrek.com, Star Trek: Deep Space Nine actor Andrew Robinson compared a season six episode titled “In The Pale Moonlight” with events as they relate to Russia’s current invasion of Ukraine.

DS9 was a Trek spinoff set on the titular Federation of United Planets space station far from Earth overseen by Captain Benjamin Sisko (played by Avery Brooks). Robinson played Garak, a tailor who is a member of the enemy race the Cardassians and is suspected of being a not-so-ex-spy.  In the episode, considered by many fans to be a classic, Sisko recruits Garak to help bring the Romulans into a war that the Federation and the Klingons are waging with a new enemy, The Dominion. While the two succeed, Sisko finds he’s betrayed all the values he’s stood for throughout his career.

In speaking with StarTrek.com, Robinson says:

“The whole situation that’s going on with Russia and Ukraine right now is out of that area- using deception and playing politics in a way that most people aren’t aware that their lives are being changed by the decisions a few people are making.”

He goes on to say:

“Now, of course, [Donald] Trump and the Republicans are claiming that [President] Biden is being played by [Russian President] Putin. They’re using this dreadful, sad, tragic, and evil act that’s happening as political maneuvering. All of that stuff comes up in “In the Pale Moonlight.” When Sisko punches Garak in the face, Garak doesn’t come back with a counterpunch. Garak comes back and essentially says, What did you expect? Why do you think you involved me in the first place? You knew what I was going to do. It’s not up to your ethical standards, but you needed me to do it.”

In 2000, Robinson wrote A Stitch in Time, an original novel about his character Garak set in the world of Deep Space Nine.