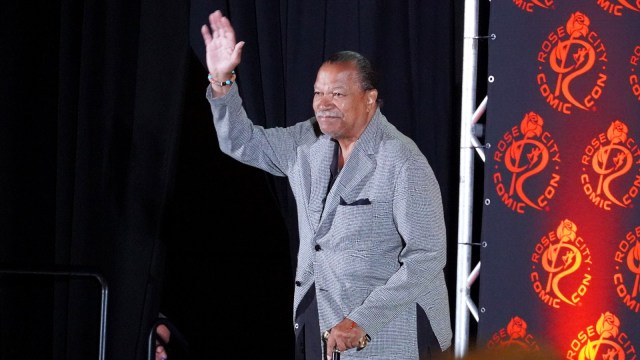 The Empire Strikes Back and Return of the Jedi actor Billy Dee Williams is here to remind you that he’s also an accomplished painter, in case you didn’t already know.

Williams gave an introduction into his background before he became a movie star during a recent Q&A panel at Rose City Comic Con, where he opened up about his late twin sister, who was also a painter.

“We went to one of the best high schools in New York City, Music & Art High School,” Williams said. “And from there, she went to NYU, I got a scholarship at a school called the National Academy of Design for the Fine Arts where I spent two years under scholarship painting.”

Williams went on to say that he was even nominated for a Guggenheim Fellowship at 18 or 19 and eventually received a Hogarth, a scholarship he described as “comparable to a Guggenheim.”

“I was a pretty talented kid,” Williams said.

The actor known for his roles in films like Brian’s Song and Batman, among others, went on to say “painting has been very much a part of my life.” In fact, Williams said many prestigious institutions own some of his paintings, such as the Schomberg Center for Research in Black Culture in New York City, the Kansas City Jazz Museum, and the Smithsonian.

“I’m mad at myself because I haven’t been doing as much painting as I previously…as I been doing for a lot of years. I really have to get back to it, it’s ridiculous.”

Williams was even selling a limited edition lithograph of one of his paintings at the convention, which was a multimedia piece inspired by The Empire Strikes Back. You can view some of his work and even place orders for his pieces on BillyDeeWilliams.com.