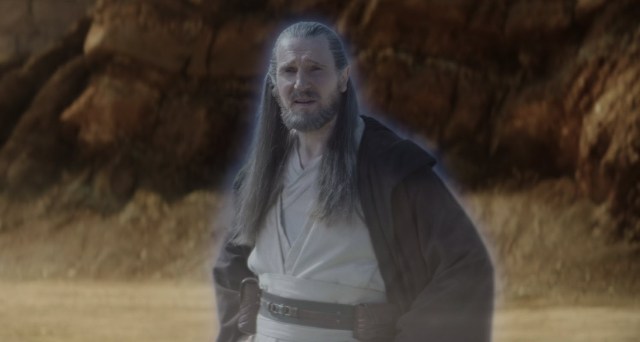 Sometimes, we all need a little sensitivity training. When we’re talking about Star Wars, being sensitive takes on a different meaning.

This sensitivity is the magic that makes up the fabric of the universe. It can help guide you and influence the smallest details across the vast sci-fi worlds. Major events can ripple through The Force, like a vibrating thread in a spider’s web. The mythical Force also happens to be the single biggest plot device in all of Star Wars. Being Force sensitive means you can wield it as a weapon, feel its calming presence, and even return as a blue ghost (sometimes looking like Hayden Christensen in a weird special edition).

Every kid who’s ever watched a Star Wars movie has imagined being a Jedi at some point. How many of us have swung a cardboard wrapping paper tube and pictured themselves going toe-to-toe with Darth Vader or Luke Skywalker? Let’s say that you woke up tomorrow, and you discovered you had power over The Force. Obviously, you’re going to need some training, but who do you want teaching you?

On Reddit, fans were debating which characters should be in charge of the galaxy far, far away’s Force sensitivity training.

Maybe it’s the calming voice of Liam Neeson or just that awesome beard, but Thistimeisthelastt had no qualms about it. “Qui-Gon. I really resonate with his viewpoint on the Living Force and his overall rejection to the rigid way the Jedi are trained.”

In fact, the overwhelming winner for best Force teacher proved to be Qui-Gon, followed by The Clone Wars’ Ahsoka Tano. I guess anyone who can teach Obi-Wan Kenobi all his moves must be the best of the best. In fact, Qui-Gon outranked the teacher of teachers, Yoda, at least in this thread.

For all the love being sent to Qui-Gon’s Force ghost, not everyone wanted to immediately join the Jedi. While trusting Palpatine may not be the best advice, there’s another Sith Reddit pointed to as a master of The Force. RogertheAliens put it simply enough, writing, “Darth freaking Maul,” though Roger added, “if he’s not available, I’d quit Jedying and open up a B&B with JarJar.”