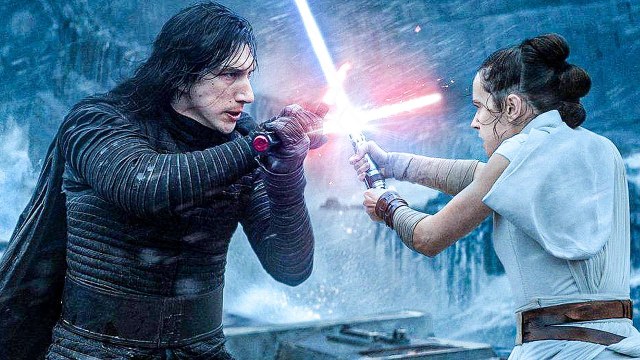 The Star Wars original trilogy features one of the most textbook examples of Joseph Campbell’s hero’s journey in cinema. Luke Skywalker gets a call to adventure, meets a mentor, suffers an ordeal, and then uses everything he’s learned to destroy the Death Star. When it came time for the sequel trilogy, J.J. Abrams was clearly working from the same playbook with Rey, though now that all’s said and done post-The Rise of Skywalker, it’s safe to say they ultimately botched it.

So, what went wrong? Fans are still puzzling it out and have some interesting thoughts:

We don’t agree that The Last Jedi ruined Rey’s character. Revealing that her parents were nobodies who sold her for drinking money underlined the film’s message that you don’t need to be from a Force-sensitive bloodline to be a powerful Jedi and we liked her developing relationship with Kylo Ren. Replies agree:

Making her a Palpatine completely undermined her story:

The best reply points to Lucasfilm’s lack of planning when it came to the sequel trilogy. You might argue that George Lucas also didn’t have the entirety of the original trilogy figured out when he made A New Hope, but at least he had a vague idea of where these characters could end up. The sequel trilogy was clearly made up film-by-film, resulting in Rey’s wonky character arc that doesn’t add up to a compelling hero:

But Rey may yet be saved. Damon Lindelof’s The Rise of Skywalker sequel is still shrouded in mystery, though we know that at least some sequel trilogy characters will return. Whether we’ll see Jedi Master Rey in this is unknown, but we’d love to see her training Finn in the Force and trying to re-establish the Jedi Order (again).