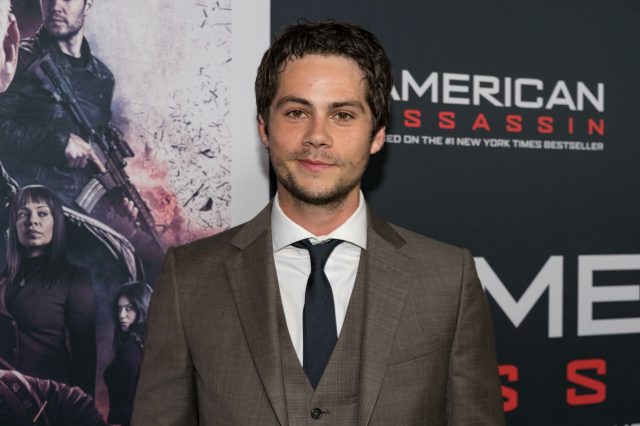 With an unbearable heatwave looming across far too much of the world, people are doing everything possible to stay cool. From staying out of the sun, to keeping yourself hydrated, keeping yourselves safe in this weather is essential.

Someone who has no regard for our hydration is Dylan O’Brien (Teen Wolf) and newly released images of the actor online have left us all feeling particularly parched. No amount of water or sports drinks we’ve taken in prepared us for these.

In a spread for Interview Magazine, O’Brien looks like he’s keeping himself weather-conscious while leaving us all thirsty. Excuse us while we grab an iced water — heavy on the ice.

Of course, we’re not the only ones feeling incredibly thirsty today. Fans on Twitter quickly shared the images with a slew of reactions to the next-level photo shoot.

The pictures show O’Brien in various states of dress while enjoying a day at the beach — frolicking in the water and relaxing outside of it.

Paired with a suit jacket, O’Brien sports Adidas shorts in a few images that have quickly become fan favorites.

Fans love the photographs so much that they demand men apologize for not being on the O’Brien level.

Of course, O’Brien knew what he was doing in this shoot — leaving us all scrolling endless for new pictures. He’s effortlessly chic, handsome, and so down to Earth that it’s hard not to swoon over him.

Ironically, O’Brien doesn’t care if he’s the center of the social media sphere or not, which makes him all the more irresistible. He’s talented and living a life he loves — all while leaving us feeling dehydrated. Bravo, our hats are off to you, O’Brien.