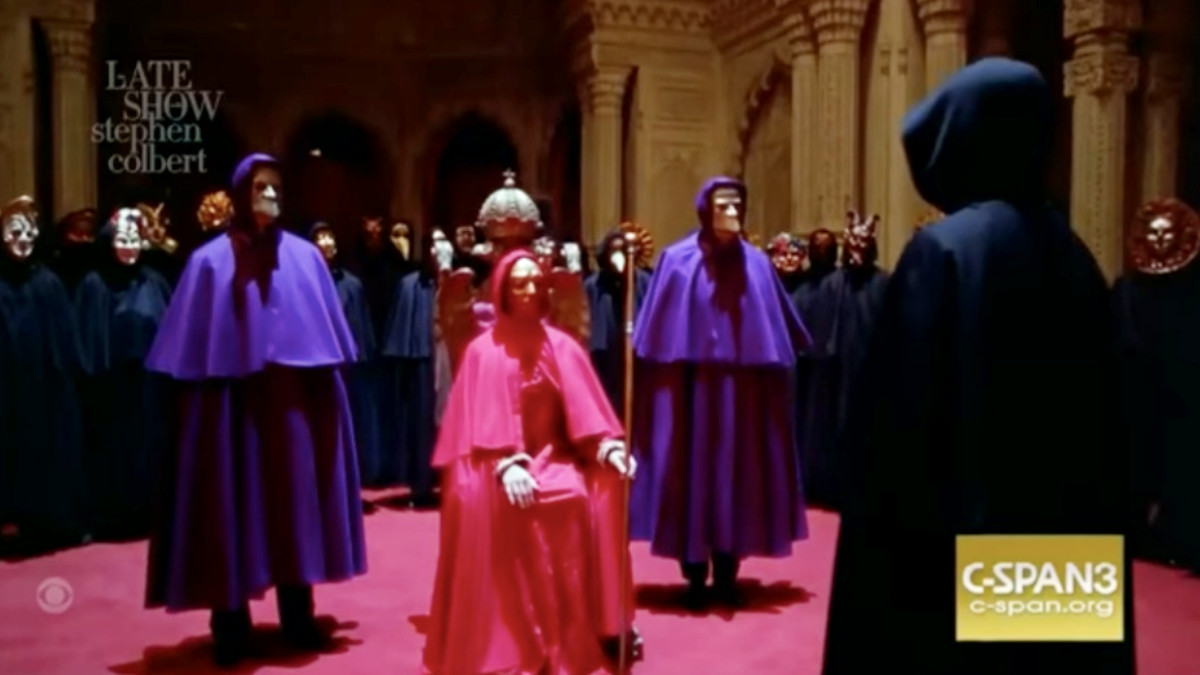 Rep. Madison Cawthorn (R-NC) was elected the youngest member of congress in 2020, but the Trump loyalist’s antics have quickly made him persona non grata within the Republican party. And his latest stunt was so wild that it caught the attention of Stephen Colbert, who reacted with a timely parody on Wednesday night.

Last week, Cawthorn made an appearance on the Warrior Poet Society podcast with host John Lovell, who asked the freshman congressman how being in Congress compared to the Netflix series House of Cards. And his answer, via CNN, was a real doozy, to say the least.

“The sexual perversion that goes on in Washington … being kind of a young guy in Washington, where the average age is probably 60 or 70 — [you] look at all these people, a lot of them that I’ve looked up to through my life, I’ve always paid attention to politics. … Then all of a sudden you get invited — ‘We’re going to have a sexual get-together at one of our homes, you should come.’ … What did you just ask me to come to? And then you realize they’re asking you to come to an orgy. … Some of the people leading on the movement to try and remove addiction in our country, and then you watch them do a key bump of cocaine right in front of you. And it’s like, this is wild.”

Of course, Democrats can’t get enough of the chaos — hence, the amusing, yet somewhat stomach-churning Late Show sketch, which pulled back the so-called velvet curtain to expose the supposedly salacious underbelly of the Republican party.

Following some conversation regarding safe words and “ass-play paraphernalia,” however, the committee quickly tabled the discussion and shut off the lights when Sen. Ted Cruz (R-TX) came a-knocking. Because apparently even spreading lies about your colleagues still doesn’t make you the most disliked member of the Republican party.

We truly have to see it! Really — trust us when we say that nobody wants to see that.