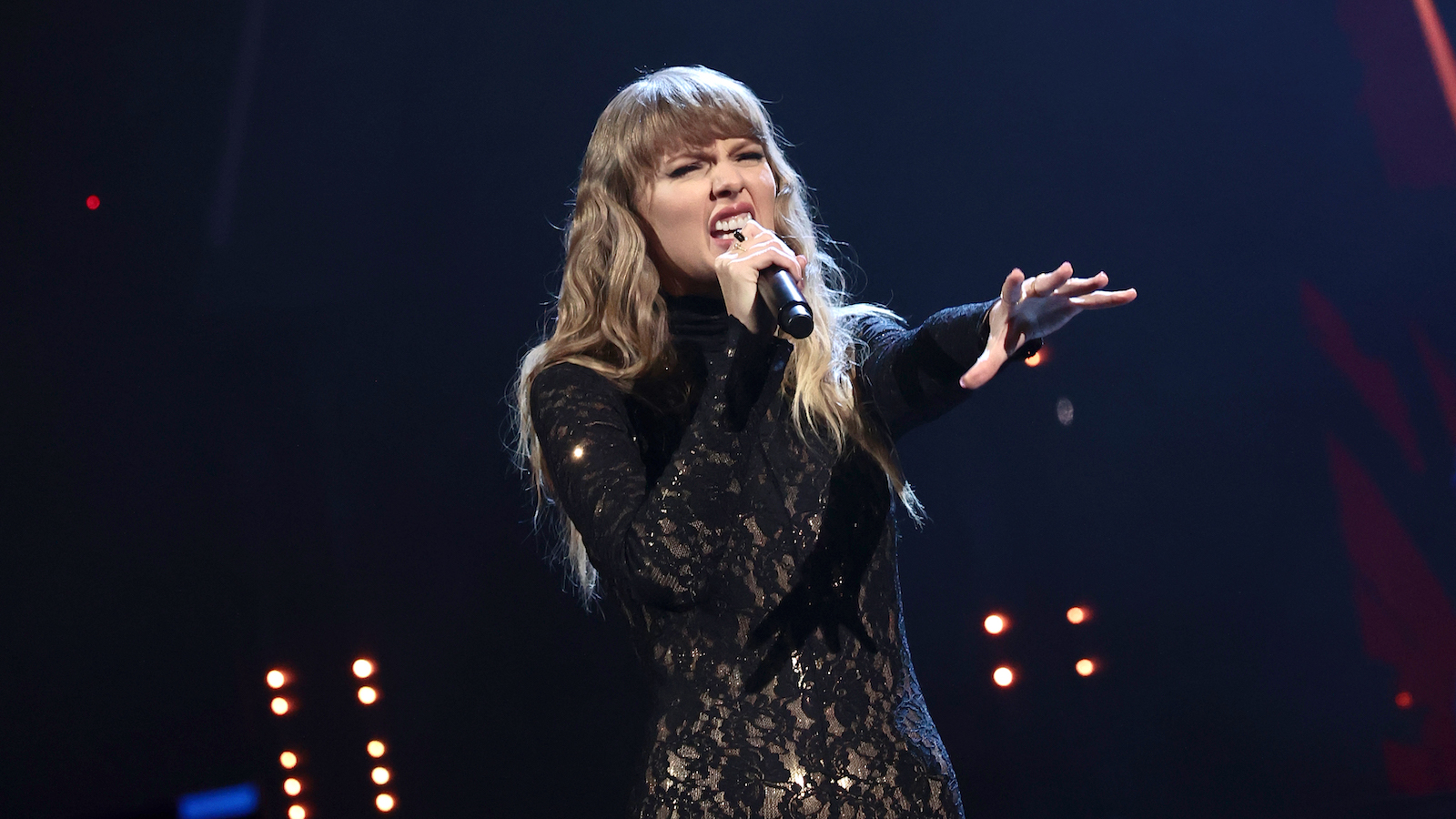 A man was arrested in New York City after he allegedly attempted to meet Taylor Swift by crashing into her building and ripping out her intercom system, according to TMZ.

The man was reportedly driving the wrong way down her street when he reversed and hit the building and a fire hydrant. Then he got out of the car, went up to the building’s intercom, and ripped it off, leaving wires jangling out of the mangled console.

Someone nearby called police, and they took the man into custody when they arrived, where he reportedly said he wouldn’t leave until he met Taylor. Cops told TMZ that he could be facing charges of driving under the influence and criminal mischief. It’s not known if Swift was home at the time.

People, Taylor Swift didn’t mean it literally when she sang, “long live the walls we crashed through.”

Unfortunately, stalking is an issue that Swift has had to deal with fairly regularly over the years. It’s gotten so bad that she’s been forced to take up some unorthodox methods to stay safe. Jake Brennan outlined the steps she had to take in his true-crime podcast Disgraceland.

“The threats on her life have become so persistent that her security team installed facial recognition software at the venues she performs in to specifically distinguish her stalkers from her fans,” Brennan said, according to the NY Post.

Swift touched on the issue herself in a 2019 essay for Elle magazine.

“You get enough stalkers trying to break into your house and you kind of start prepping for bad things,” she wrote. “Every day, I try to remind myself of the good in the world, the love I’ve witnessed, and the faith I have in humanity. We have to live bravely in order to truly feel alive, and that means not being ruled by our greatest fears.”

“I will not hesitate to kill her, Scott,” one letter said. “And there is nothing that you or your lawyers or the law can do about it.”

Roger Alvarado broke into her apartment twice in under a year between April 2018 and March 2019.

“Roger Alvarado was among the worst,” Brennan said on his podcast. “Police found him napping in the bed of her NYC apartment. He just showered in her private bathroom and was as fresh as a demented little daisy. He was waiting for her.”

Finally, David Liddle was arrested near her mansion in Rhode Island with a crowbar, bat, lock picks, and rubber gloves in tow. He told police he was old friends with Swift and wanted to get tips about the music industry from her.