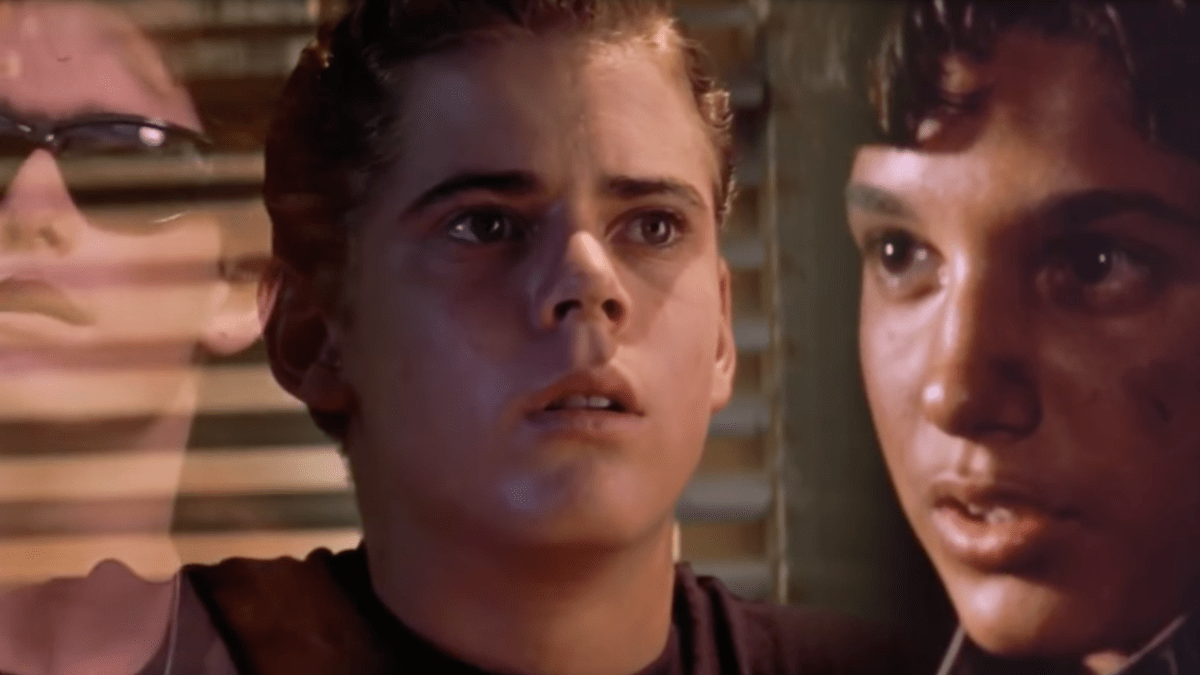 Teen Dramas are as essential to pop culture as action thrillers or horror films; while they might not have the same hyper-focus in entertainment — they certainly have their place. This was a unique time in our nation’s history, with the first generation of latchkey kids. Studios were stepping up to warn the public of the hazards of leaving our youth unattended. There was definitely a concentration of the “lost boys” genre playing out in our cinemas at this time.

If you add the layer of making the teens troubled, angry, and otherwise on the fringes of society — you have a group of films that will undeniably evoke an array of emotions in their viewers.

The 80s and 90s were full of movies that shed light on teens who were everything from romantic and wistful to troubled and murderous. From films like Heathers to Red Dawn — the stories are multidimensional, the characters are multifaceted, and the plot can make viewers feel everything from joy to pain and anger.

While we could have kept going with the list — as the 80s and 90s were ripe with troubled teen dramas, we’ve narrowed it down to a list of 11 solid movies for you to add to your watch list this week.

Sean Astin and Wil Wheaton star in this multi-layered story about drug lords, hostage situations, and prep school kids who are just trying to make it to their next class. What they can’t realize when they set off to school for the day is that a next-level terrorist will soon take them hostage, and they must band together to save not just themselves but all of their peers.

Will the boys come together to take on evil, or will they watch it succeed? You can see Toy Soldiers on Amazon Prime Video to find out.

In Lost Angels, Adam Horovitz of the Beastie Boys plays a teen named Tim Doolan, who makes a habit of getting into trouble. Acting like a rebellious teen, Doolan is almost begging for his parent’s attention, and the more he acts out, the less they seem to care. Doolan eventually ends up digging a hole more profound than he could have imagined, and he’s thrust into a world of high-level and devious criminals.

What Doolan needs more than anything is someone to take a chance on him, and he might find that in the most unlikely place.

You can watch Lost Angels on Amazon Prime Video.

Red Dawn sees Patrick Swayze and Charlie Sheen as Jed and Matt, respectively, brothers who are forced to stand together against the Soviet soldiers. They must work together with a group of friends to take on the army that stands against them, and it won’t be an easy feat.

Will the boys power through with one another and their new leader, or will they fall victim to the Soviets? You can watch Red Dawn on Amazon Prime Video.

When a student sets out to hack into a school computer and change a grade, he soon winds up in over his head, dealing with more than he ever could have bargained for.

Like, way more than he could have bargained for. He soon realizes that it’s now up to him to stop the outbreak of World War III, and all he was trying to do was help a friend pass a class. Talk about a crazy turn of events.

You can watch War Games on Amazon Prime Video.

Tom Cruise, Timothy Hutton, and Sean Penn star in Taps, a film about the possibility of a military academy being demolished and the fight to secure it.

The cadets see history in the academy, not just for themselves but in those who served before them. The area tells a story; it deserves better. The fight to continue the story is an emotional one, a beautiful one, and a real one. There’s a lot at stake for the Bunker Hill Military Academy, and they’re not going to risk losing it without engaging in the fight of their lives.

You can watch Taps on Amazon Prime Video.

The Outsiders is as classic a tale as any other, full of brotherhood, coming-of-age storylines, and loss that breaks your heart. The ensemble cast of Rob Lowe, Matt Dillon, C. Thomas Howell, Tom Cruise, Ralph Macchio, Patrick Swayze, Diane Lane, and Emilio Estevez was reputedly put through their paces in the casting room. And they were actual teenagers playing teenagers. It’s the kind of movie that almost everyone has seen and holds a different emotional connection to.

The story follows each of the ‘outsiders’ as they deal with emotions higher than ever across personal tragedy and triumph. You find yourselves rooting for each character, seeing a bit of yourself in them, and hoping for a happy ending — even when you know it’s not likely.

You can watch The Outsiders on Amazon Prime Video.

Feeling the pressure of “becoming an adult”, Louden Swain wants to do something meaningful and special — he wants to leave a mark. He soon embarks on a quest to win a title in wrestling, but his opponent happens to wrestle in a weight class 20 lbs below him.

Swain must drop weight very quickly if he hopes to wrestle the defending champion, but he is also on another type of quest involving love and romance. He learns much about life and love in the quest to make his dreams come true.

You can watch Vision Quest on Amazon Prime Video and Apple TV.

Tom Cruise has played some intense characters in his time as an actor, and one of the most emotional and multifaceted is that of Stefan Djordjevic, a high school football star.

Djordjevic is hoping to escape his small town in All the Right Moves, and his big dream is to make it as a football star and is soon put to rest by the one person who should be helping him grow.

You can watch All the Right Moves on Hulu and see if he can survive the betrayal from his mentor or if he’ll be doomed to his hometown forever.

River’s Edge is a story highlighting the ultimate test of keeping a secret — and feeling the weight of a serious moral dilemma. When a teenager named Samson tells his closest confidants that he’s killed his girlfriend, he invites them into a powerful downward spiral.

Oh, and did we say he tells them? Well, that was putting it mildly. Samson actually brings his pals to look at his girlfriend’s dead body, and they’re immediately torn between keeping it a secret or turning in the man responsible for the murder. What will be the final straw for Samson’s friends? Will any of them maintain his secret for good? Starring Daniel Roebuck, Crispin Glover, and Keanu Reeves, the infinitely quotable River’s Edge is indeed a heavy film and an emotional watch.

You can watch River’s Edge on Amazon Prime Video.

Relationships, gossip, and murder are on the menu in Heathers, the 1988 film that made you think twice about mean girl cliques and vengeful actions. When a student begins questioning her friends’ behavior, she plans to stop the action — but what happens next is a waterfall of consequences and terrible choices, which soon has Veronica in over her head.

Heathers is a coming-of-age movie that most viewers have seen as a cautionary high school tale, while others looked on hoping to be part of a group just like the “Heathers” at their school. Despite all of the, well — less than stellar choices, they were the most popular girls in school.

You can watch Heathers on Amazon Prime Video.

When a young adult named Evan feels like the world is moving on without him, pushing forward while he gets left behind, he finds solace in an unlikely place. The premise of this movie starts off as something relatable to teens who have felt like they were living on the outskirts of their peer groups, the shadows of society.

As the movie proceeds, things get more intense, and Evan finds himself face to face with issues far beyond the stresses he had before. While his new group of friends gave him a sense of community, it also came with a heavy weight for him to bare.

You can watch Suburbia now on Amazon Prime Video.