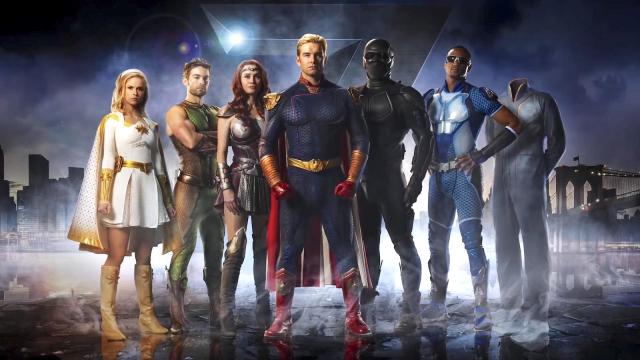 In the morally gray universe of The Boys, where the definition of right and wrong is constantly undermined by the good guys doing terrible stuff and the bad guys being surprisingly gracious in the face of that, one character has always managed to be a ray of sunshine in the face of the cruelty in the world around.

Now, three seasons into Amazon’s satirical superhero show, every fan is rooting for Kimiko, aka the Female, to find happiness with Frenchie. Addressing the character’s story arc in the third season, from losing her powers to consensually regaining them again, The Boys star Karen Fukuhara recently told The Wrap that she hopes Kimiko and Frenchie remain together because they’re “soulmates.”

“She reclaims her powers [this season] because she wants to protect the people she loves. And now she’s found her own agency and reason to keep the powers. I loved the arc of Kimiko this season, it comes very full circle. It’s about rebirth and regrowth and looking within.

“I just hope that whatever relationship that the two characters have, they’re in each other’s lives forever in some kind of capacity because they’re soulmates, they’re twin flames, they have this sort of pull towards one another. Whatever shape that may come in, I support that.”

Butcher and Homelander can tear each other and the world to pieces for all we care, but Kimiko and Frenchie are a completely different deal. In fact, it wouldn’t be an overstatement to suggest the fans would riot if something were to happen to them.

Here’s hoping that the pair can continue this process of healing into season four and beyond.