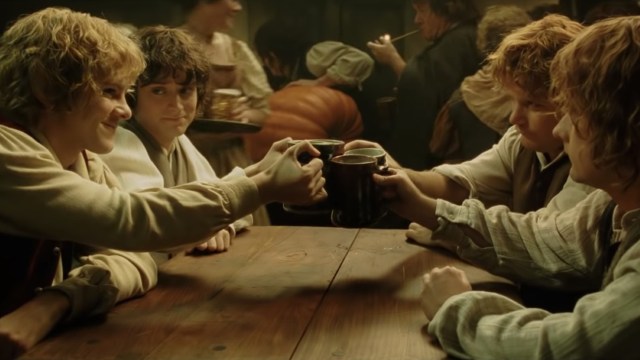 The Lord of the Rings: The Rings of Power arrives tomorrow on Amazon Prime and fans are preparing by immersing themselves in Peter Jackson’s The Lord of the Rings trilogy. Yesterday FlixPatrol reported that all three films are currently on the Top 10 movies list for Amazon Prime, with fans obviously eager to reacquaint themselves with the stories of Middle Earth before diving into the new, or in this case old, lore of the fantastical land.

The Rings of Power will showcase events that occurred thousands of years before Frodo Baggins ever set eyes on the One Ring and set off on his perilous quest. The stories that will be told in the upcoming series are the lore and legends of Middle Earth, taken from the margins of Tolkien’s The Lord of the Rings trilogy and The Silmarillion. It will look at the forging of the One Ring and the Rings of Power and the historical happenings of this period.

Currently, on Amazon Prime’s Top 10 Movies, The Fellowship of the Ring takes third place, The Two Towers sits at fifth and The Return of the King rounds them off coming in at eighth place. This has to be good news for Amazon, as it’s proof its viewers are hyped for the return of Tolkien’s world and might indicate the turnout for the show when it lands in two days’ time. But could this also be a warning?

The Lord of the Rings movies are one of the most critically acclaimed and successful trilogies of all time and changed the face of the industry in many ways. The Rings of Power execs already know that die-hard Tolkien fans are dubious the show will live up to Jackson’s movies, and, with so many viewers rewatching the trilogy before the series’ release, they’ll be fresh in their minds and comparisons will be easily drawn.

In the hope that viewers will allow The Rings of Power to stand on its own, showrunner Patrick McKay has already made it clear that they are not trying to compete with Peter Jackson’s adaption, and are only interested in looking at the source material.

The upcoming series is of huge importance to Amazon after they paid 250 million dollars for the rights and spent an astonishing 715 million dollars on the production. This makes The Rings of Power the most expensive television series ever made and a gamble that really, really needs to pay off for the studio.

The Lord of the Rings: The Rings of Power will debut on Amazon Prime on September 1 at 9 pm ET.