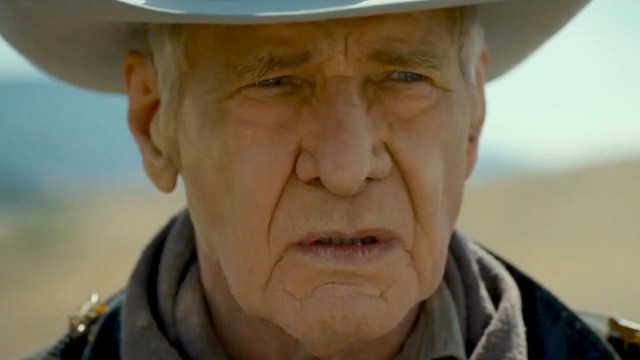 The Yellowstone universe is growing once again with the upcoming premiere of the Paramount Plus exclusive, 1923. The second prequel in the Dutton saga, 1923, sees Cara and Jacob Dutton as they navigate life on the Yellowstone Dutton Ranch amid turmoil, devastation, and destruction.

The series stars Helen Mirren and Harrison Ford as Cara and Jacob, respectively, and the land they’re trying so hard to protect is the ranch we know and love now. From the tree in which Elsa Dutton, James, and Margaret Dutton’s daughter, was buried to the sizeable barn our ranchhands work now; the ranch is an important part of Dutton history.

Of course, it’s not all bad at the ranch; there are moments of joy and beauty on the horizon, too. However, even the synopsis highlights that this won’t be a feel-good story, at least not entirely.

When fans tuned into the Yellowstone premiere, we were interrupted by a familiar voice. Isabel May of 1883 appears to once again act as the narrating voice for the sequel to Yellowstone, 1923. That’s right, fans who couldn’t get enough of her in 1883 can bask in the joy that she’s sticking around to continue telling the complicated yet beautiful story of the Duttons.