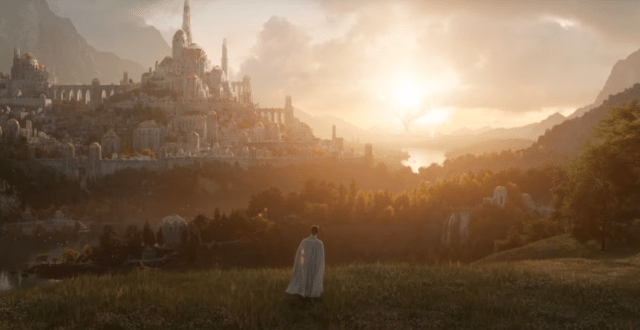 The Lord of the Rings: The Rings of Power fans were disheartened to learn that Amazon Studios essentially ghosted Peter Jackson after acquiring the rights to Tolkien’s fantasy world, but director J.A. Bayona says that the show has taken a certain amount of influence from the acclaimed cinematic trilogy.

If you were to ask this of Middle-earth enthusiasts in the early 2010s, not in their wildest dreams would they even perceive Amazon as the studio to bring their beloved story to life again in live-action. The company has also been willing to pull out the big guns and loosen the purse strings for this undertaking, with The Rings of Power going down as the most expensive television production in the history of its medium.

All of that hasn’t been able to pacify some of the most ardent Tolkien gatekeepers, however, who think Amazon is going to ruin The Lord of the Rings. Well, as the producers have said time and again, they understand the high bar that Jackson set all too well. In fact, J.D. Bayona, who directed the first two episodes, has once again reaffirmed this in an interview with SFX magazine.

“‘We all love what Peter Jackson did,’ he said. ‘And at the very beginning, we thought about establishing some kind of a bridge between the show and the movies. But then, as you realize the complexity of each world, you get invested in your own story. Then, unconsciously, you start to create something that has its own life.’”

Inspirations are all well and good, just don’t expect to see Ian McKellen in white robes riding one of the Mearas into the middle of Lindon, because as the show took life of its own, the producers inadvertently distanced themselves from the language of those movies.

“The bar was set very high, and I’m glad that Amazon had the ambition of going there – I tried to at least match what Peter Jackson did – but the more we were working with the characters and the story, the more we were unconsciously disconnecting from the movies.”

The Rings of Power is premiering on Sep. 2, so we’ll be able to judge the fruit of those efforts for ourselves soon enough.