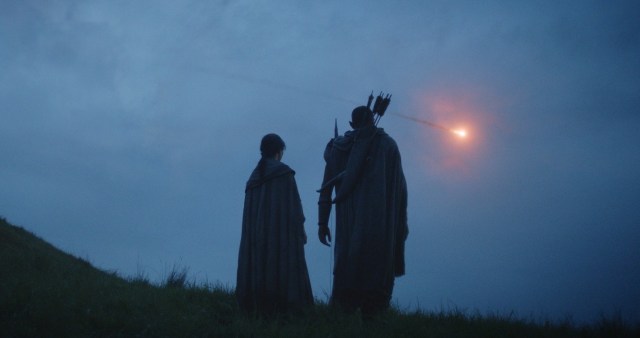 The Lord of the Rings: The Rings of Power takes audiences back to Middle-earth, a high fantasy land that’s in no shortage of unique characters, who number in the dozens in each period of history.

Since Amazon’s adaptation mostly involves the Second Age, showrunners Patrick McKay and J.D. Payne had to approach the narrative with care, lest they disrupt the treacherous seas of the gatekeeping Tolkien fandom. The figures they ultimately settled on to spearhead this new tale are familiar names, though we meet their younger counterparts.

Explaining how they went about weaving this ambitious five-season story into existence, here’s what the two TV producers had to say about The Rings of Power‘s character lifeline in a chat with The Playlist.

All in all, the Elves seem to be occupying the centerpiece of this conflict. Though that doesn’t mean the writers have forgotten about the other Peoples of Middle-earth. Seeing Patrick McKay explain this process can invoke hope in the hearts of even the most skeptical of fans, since it shows that the pair have really done their homework on Tolkien.

“But the dwarves were always going to be a part of it. And then, I mean, you’re hearing now the organic process of creation, right? And Numenor was always going to be a part of it,” he said. “And the idea of Galadriel potentially going to Numenor and meeting this whole other world of characters with a queen and her advisor and Elendil and his family. We always wanted to honor Tolkien’s love of underdogs and halflings and the smallest people. And in the book, there’s this wonderful prologue concerning Hobbits, where he talks about the ancient history of hobbits when they were these other predecessors, proto-hobbits, and then their wandering days.

“And out of those seeds, a whole culture sprang. And the idea of a halfling who maybe wasn’t quite like the halflings we met in the Third Age stories with a being landing in their backyard, more or less, from the sky, that was always one of the earliest ideas that really stuck to us and felt very Tolkienian. He’s all about the stars and beings transforming into stars. And Bilbo singing about the man on the moon, and so there was all this stuff in the stew and that stuff has grown and evolved. And these amazing actors, which we could talk about that for an hour, who came and breathed life into these characters anew. But again and again, throughout that process, we’re going back to the books, back to the books, back to the books.”

The first two episodes of The Rings of Power premiere Sep. 1 on Prime Video.