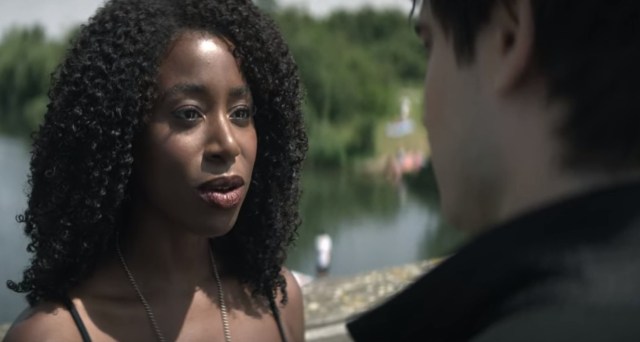 When things are hot you gotta ride the wave. Kirby Howell-Baptiste is not exactly a brand new talent (she’s appeared in numerous popular shows, including The Good Place), but she’s gained a new level of attention with a star-making turn in the Netflix smash The Sandman. Now she’s snagged her next high-profile gig.

Howell-Baptiste will join Golden Globe-nominated actor Colin Farrell in a new Apple TV Plus show Sugar, according to Deadline. Farrell will not only star in the show but executive produce it as well. The show was created by Mark Protosevich, who’s previously worked on I Am Legend and Thor.

There’s no concrete plot details for the show, but we do know that it’s a “genre-bending series” directed by Academy Award nominee Simon Kinberg.

Howell-Baptiste plays Death in The Sandman, who is one of the seven Endless in the show. She’s also appeared in Barry, Killing Eve, Why Women Kill, and the Veronica Mars reboot. Her take on Death has definitely upped her profile, especially since it’s such an unorthodox take on the character. She told EW that was intentional.

“Most of the time when we see a representation of Death, it’s so focused on the end. But this character says, ‘I was there in the beginning, and I’ll be there in the end.’ Death is born of life.”

Because of the cyclical nature of the character, she said, playing Death “lends itself to a more feminine energy — there is this much more nurturing, caring side to Death than we’ve ever seen before.”

There’s no release date for Sugar just yet, but we’ll keep you posted.