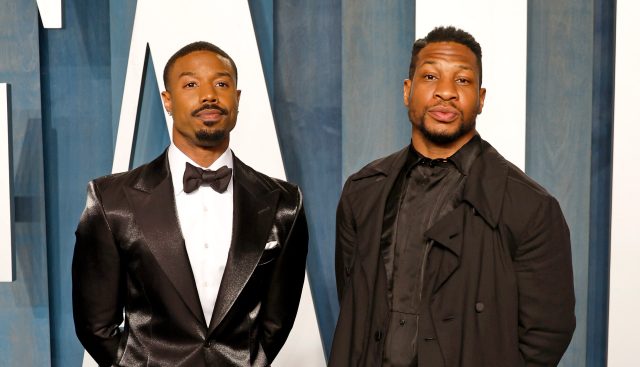 If you’re unsure how to sum up what you feel after Michael B. Jordan tweeted new character posters for the upcoming blockbuster Creed III, we can help sum it up for you in one word: thirsty.

Bottled water companies worldwide will see a spike in sales as parched fans rush to their nearest convenience stores to grab a bottle after seeing the images Jordan shared on Twitter this afternoon. Creed III is set to hit theaters on March 3, 2023, and both Jordan and Jonathan Majors can call it a total KO because we hit the ground when we got a complete look at those images.

We tried to warn you! The smolder both actors have perfected is almost impossible to put into words. When you add the muscle definition, the tone, and the otherwise knee-weakening appeal of both men, well, we come out as the real winners here. We’ll be waiting for our belts to arrive in the mail. In the mean time, we’re sharing some of our favorite thirsty reactions to those posters from social media.

As usual, they did not disappoint.

We weren’t the only ones who meant to keep that reaction in our heads.

We’ll let the video of Viola Davis speak for itself here, but if we were the pearl-clutching type, we’d probably have held on tight here. Instead, we just nodded in a silent agreement.

This tweet might be almost a week old, but the sentiment remains relevant. We’d cancel all of our plans to cook a meal for Majors.

Jordan was also getting love from his fans, many of who aren’t at all embarrassed to admit that they’ll need to wipe the drool when Creed III hits theaters.

Is it too early to call this an early Emmy nominee for this very idea?

Is there an application process, or do we just show up? Let us know.

We’ve done the research, and we can confirm — this will never change.

The movie will be a wild success, perfection at its finest — just a total chef kiss.

We’ll leave you with perhaps the most relatable gif and the very idea that has fans running to find water. We’re not coming out of this movie the same way we went into it.

Creed III hits theaters on March 3, 2023 — and you’ll want to bring enough water and tissues to ensure survival during the duration of this one.