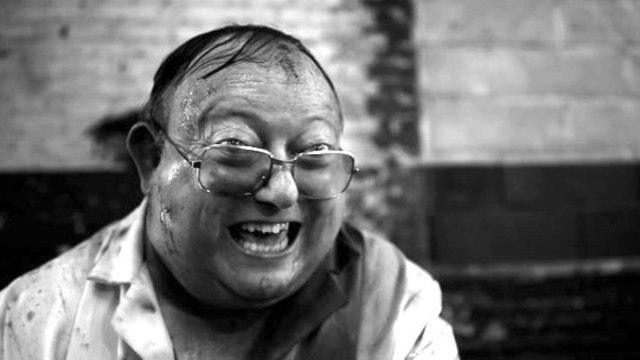 We get it, you’re supposed to hate horror villains. That’s the whole point. However, there are redeemable and entertaining villains, which we love to hate, then there are the lowest of the low. These horror villains are beyond despicable and vile, truly giving the genre a bad name for all the wrong reasons.

They make our skin crawl, our blood boil and send our gag reflexes into overdrive, but aren’t those qualities the makings of a true, ferocious villain? Regardless, Reddit believes that some horror villains are beneath forgiveness and aren’t simply misunderstood, but rather completely evil through and through. They are so evil, in fact, that these fans want to fist fight them in a Walmart parking lot — which is oddly specific. Without a doubt, these horror antagonists are the most hated of them all.

Right off the bat, we have The Invisible Man‘s (2020) Adrian Griffin, played by Oliver Jackson-Cohen. Although Cohen was a beloved addition to Netflix’s The Haunting of Hill House, he wasn’t so welcomed as Adrian in Leigh Whannell modern-day rendition of The Invisible Man (1933). Adrian is abusive to Cecilia (Elisabeth Moss) and consistently belittles and mocks her, essentially keeping her prisoner in her own home. He fakes his death only to torment and antagonize Cecilia, seeking to teach her a lesson about running away, despite her having every reason to leave him. If that isn’t pure-bred evil, nothing is. Plus, Adrian carries a certain smugness and egotism that just makes him all the more villainous. Props to Cohen, however, for playing the role perfectly.

Next up, we have Martin, whom everyone remembers (and tries their hardest to forget) from The Human Centipede sequel that never should have happened: The Human Centipede 2 (Full Sequence). Martin is portrayed by Lawrence R. Harvey, whose face has become synonymous with The Human Centipede franchise — a mascot of sorts. In the sequel, Martin is an obese, mentally challenged security guard with an obsession for the first Human Centipede film (which exists and is referenced in-universe for a clever fourth-wall break). To fuel his obsession, Martin reenacts the events of the first film, attempting to replicate the grotesque sequence with even more people. He succeeds, but the result is horrifying, and there’s a rape scene involving Martin, which just proves how much of a low-life he really is. He’s so irrelevant, in fact, that Reddit even refers to him as “the short fat guy.”

As if Martin weren’t enough, Reddit also nominates Samantha Sloyan’s Bev Keane from Midnight Mass, a Netflix horror miniseries that centers on an isolated island that experience supernatural events after the arrival of a priest. Mike Flanagan (Doctor Sleep) directs with his wife Kate Siegel (Hush) starring as Erin Greene, which is all the convincing you’ll ever need to check it out. Unfortunately, Midnight Mass features a well-hated villain in Bev Keane, described as “a zealous and overbearing member of St. Patrick’s Church and an influential figure in the community.” She’s hypocritical when it comes to everything that religion stands for, so not only does she give unwavering faith a bad name, but she’s just plainly annoying. Sometimes, an irritating villain is worse than a cruel one.

Those are just a handful of the nominations, but Reddit has infinite suggestions to offer up. Here’s a few more names to add to the hypothetical “Death Note”:

There are so many more villains to choose from, but the question isn’t “who do you want to fight?,” but rather “who could you fight?” Although these villains are loathsome, it might not be an entirely smart move to pick a fight with them. Not only are some of them influential and powerful, but some, like Martin, are built to withstand anything. That’s the nice way of putting it, anyway.