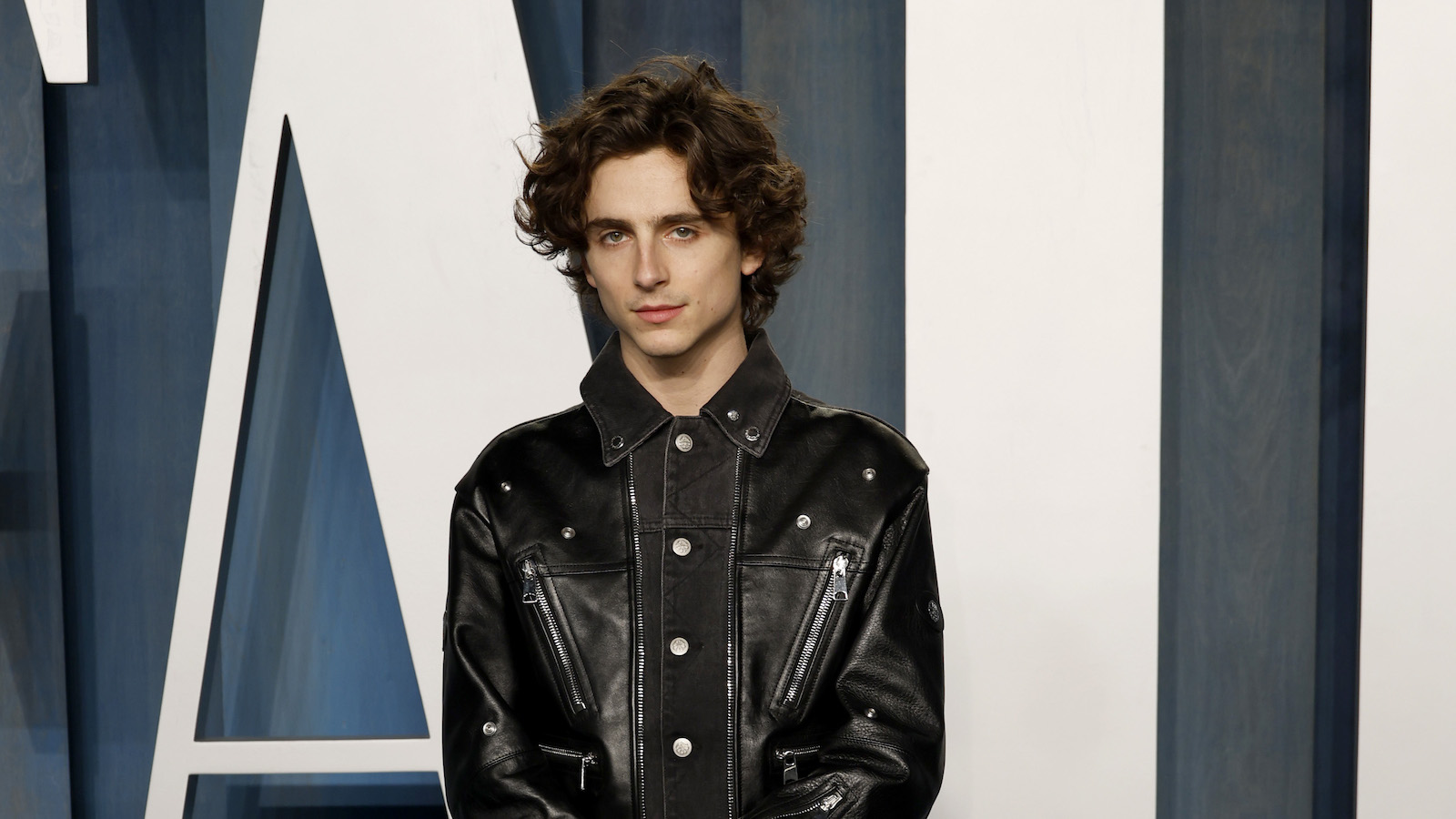 Bones and All, this new movie in the cannibalistic romance genre, will follow Lee (Chalamet) and Maren (Russell) during Reagan’s America and through the Cold War. We’re not quite sure where the cannibalism will come into play yet, but apparently, it will. The movie seems to be a mix of horror and romance based on the synopsis. It’s also been described as a Romeo and Juliet type situation as the official synopsis reads, “But despite their best efforts, all roads lead back to their terrifying pasts and to a final stand which will determine whether their love can survive their otherness.” It’s assumed that their terrifying pasts and/or this final stand will have something to do with cannibals and/or cannibalism.

Today, Timothée Chalamet went Insta-crazy and deleted all of his posts leaving an empty feed for his many fans. He also changed his profile picture to this, seemingly to promote Bones and All as Chalamet rocks pink hair in the movie.

While the movie seems a bit bizarre, this isn’t Chalamet’s first time working with director, Luca Guadagnino. Guadagnino was also the director of Chalamet’s breakout film, Call Me By Your Name back in 2017. This seems to be a large step away from that movie, but at least there’s still romance involved, right? Ironically, Armie Hammer is not involved in this project.

While there’s no trailer or release date for Bones and All yet, the movie was picked up by MGM for worldwide distribution. There are hopes for it to premiere in Venice at the film festival, which could mean an August or September release, but nothings official yet. If you’re into romance, horror and/or cannibalism, you should be excited for Bones and All.