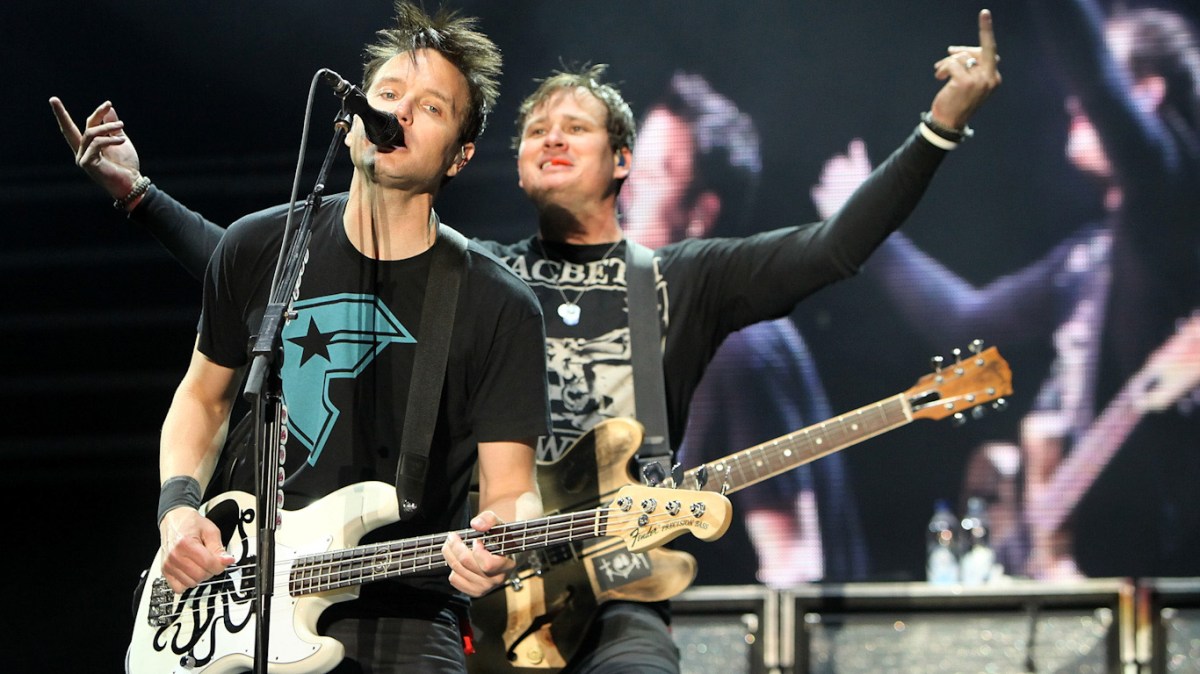 For a while there, it looked like the classic and original blink-182 lineup would never reunite. Guitarist and singer Tom DeLonge was out chasing UFOs or whatever and the band brought in Matt Skiba from Alkaline Trio to replace him. Now it looks like he’s back.

Troy Hanson, the Vice President of Rock Programming at Cumulus Media, appeared on Q101’s Brian, Ali & Justin Podcast and revealed the news. “Tom DeLonge has rejoined blink-182,” he said, adding, “and they are coming to the United Center” (an arena in Chicago).

Hanson apparently has some issues with the radio and concert conglomerate Live Nation, because he called them out on the podcast as well. “Live Nation that’s my gift to you for doing this whole thing in late October with Panic! At The Disco. I just blew your nut on Blink-182. Sorry not sorry.”

There’s been no official statement from the band, so we have to take this with a grain of salt. There has been some stirrings here and there that do point to this as more of a reality than a fiction. Nothing with blink is ever orthodox, so anything can happen.

Back in January of 2015, the band announced DeLonge’s departure on social media:

“We were all set to play this festival and record a new album and Tom kept putting it off without reason. A week before we were scheduled to go in to the studio we got an email from his manager explaining that he didn’t want to participate in any Blink-182 projects indefinitely, but would rather work on his other non musical endeavors. No hard feelings, but the show must go on for our fans.”

DeLonge then contradicted that report by saying “I never quit the band,” according to MusicMayhem.

“I actually was on a phone call about a blink-182 event for New York City at the time all these weird press releases started coming in. Apparently those releases were ‘sanctioned’ from the band. Are we dysfunctional, yes. But, Christ.”

Apparently, bassist Mark Hoppus’ recent cancer diagnosis was the catalyst for getting everyone talking again and in the same room. “It was the first time that all three of us were in the same room in like five years,” Hoppus told People. “It’s actually better than it used to be. There was no agenda. There were no lingering grudges. It felt very back to what it should be: three friends sitting in a room.”

We’ll keep you posted when we hear anything official.