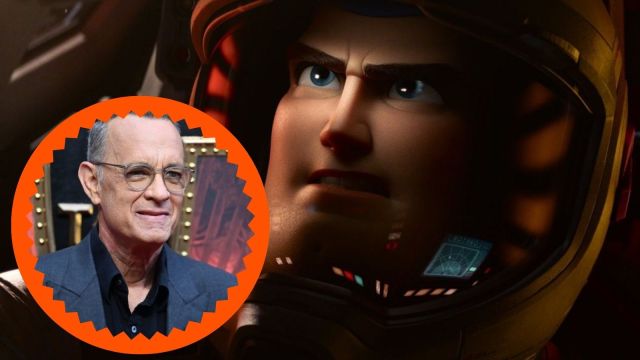 There has been a lot of talk concerning Disney Pixar’s decision to leave Tim Allen – the original voice behind Buzz Lightyear in the Toy Story movie series – out of Lightyear . But there was one major opinion missing – that of Buzz’s forever sidekick, Woody. Now, Tom Hanks has finally weighed in on to offer his thoughts on the issue.

“I don’t understand that,” the Woody actor said of Pixar’s decision not to cast Tim Allen in the role of Buzz. The general consensus is that, because Lightyear is actually the film that exists within the Toy Story universe that leads Andy, the main character, to buy the action figured inspired by it, then the Buzz in the 2022 movie isn’t necessarily the same character as the one featured in the original franchise.

Questioned by CinemaBlend on how he felt about his film Elvis battling Lightyear at the box office, Hanks said “I actually wanted to go head-to-head with Tim Allen, and then they didn’t let Tim Allen do it.” That’s a missed opportunity for a different kind of Woody/Buzz reunion.

Ultimately, though, Hanks is just happy people are back in theaters to watch any movie after a rough couple of years. “Here’s the thing, is just as long as people come back to the motion pictures theater. I want to go back in the theater with a bunch of strangers and leave with something in common. That’s what I want to do,” he said.

Lightyear and Elvis are currently showing in theaters.