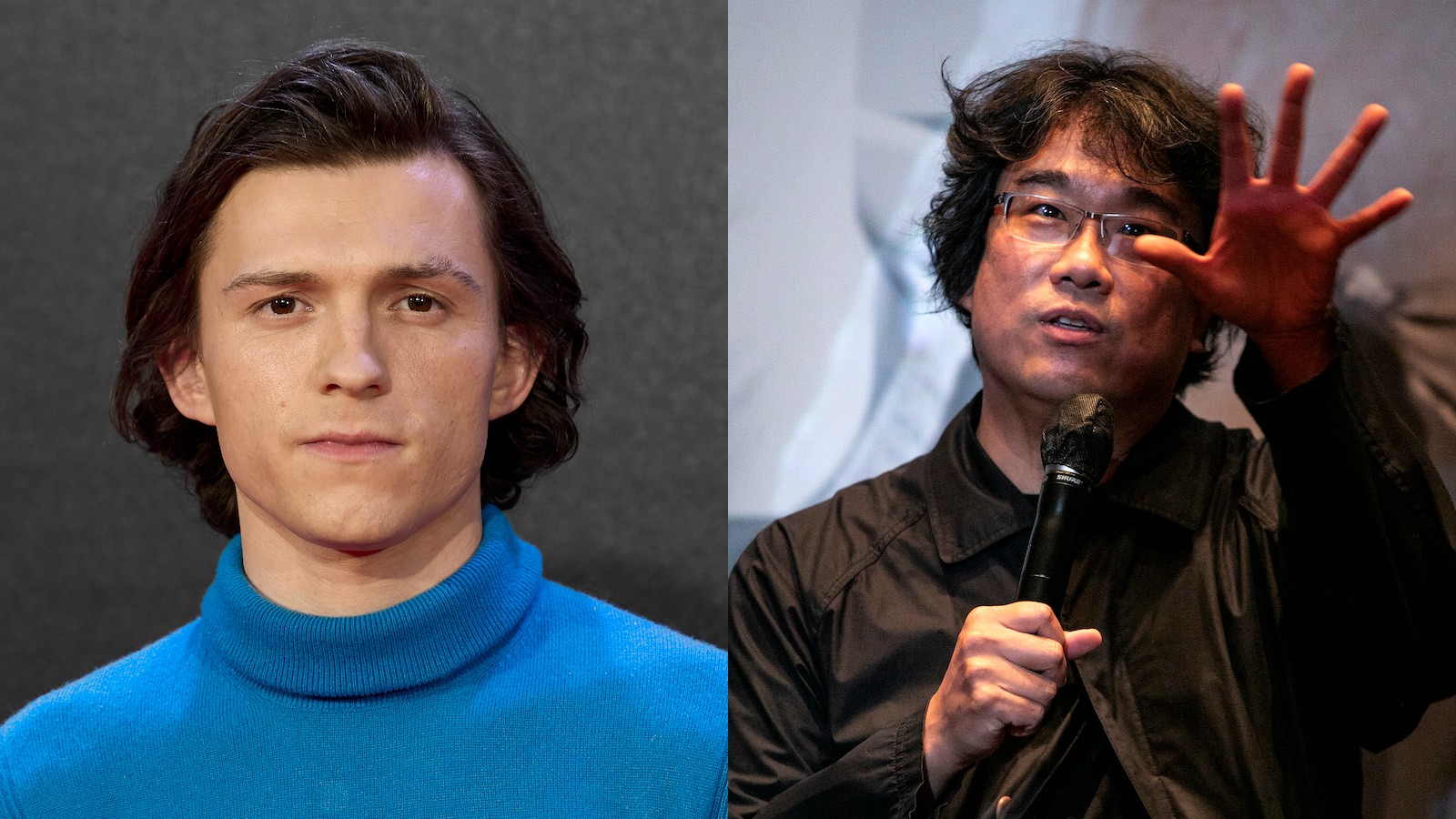 Tom Holland, one of the hottest actors in Hollywood right now, has his eyes on his dream project: a collaboration with Parasite director Bong Joon Ho.

In an interview with Hipertextual, Tom Holland spoke about his most recent work on the Uncharted film adaptation and offered some tidbits on the future of his career. When faced with a question about particular directors he’d love to work with, one name immediately came to mind.

“I had the pleasure of meeting with him recently. I have met with him before. He is someone who I think has a great heart. He has not been corrupted by Hollywood. He is a wonderful, wonderful director, and I love all of his work. So, he’s probably up there, at the minute, for me.”

Not only has Holland been dreaming of working with Academy Award winner, but the pair have met up in the past, as the Spider-Man: No Way Home star pointed out. However, he didn’t offer any further details on what they spoke about during their meetings.

Bong Joon Ho is currently developing a new sci-fi flick, with reports of heavy-hitters like Robert Pattinson leading the cast. As for Holland, he already has plenty on his plate. If you’re hankering to see more of him, catch Spider-Man: No Way Home, or sit tight for Uncharted’s theatrical debut, which is set for Feb. 18.