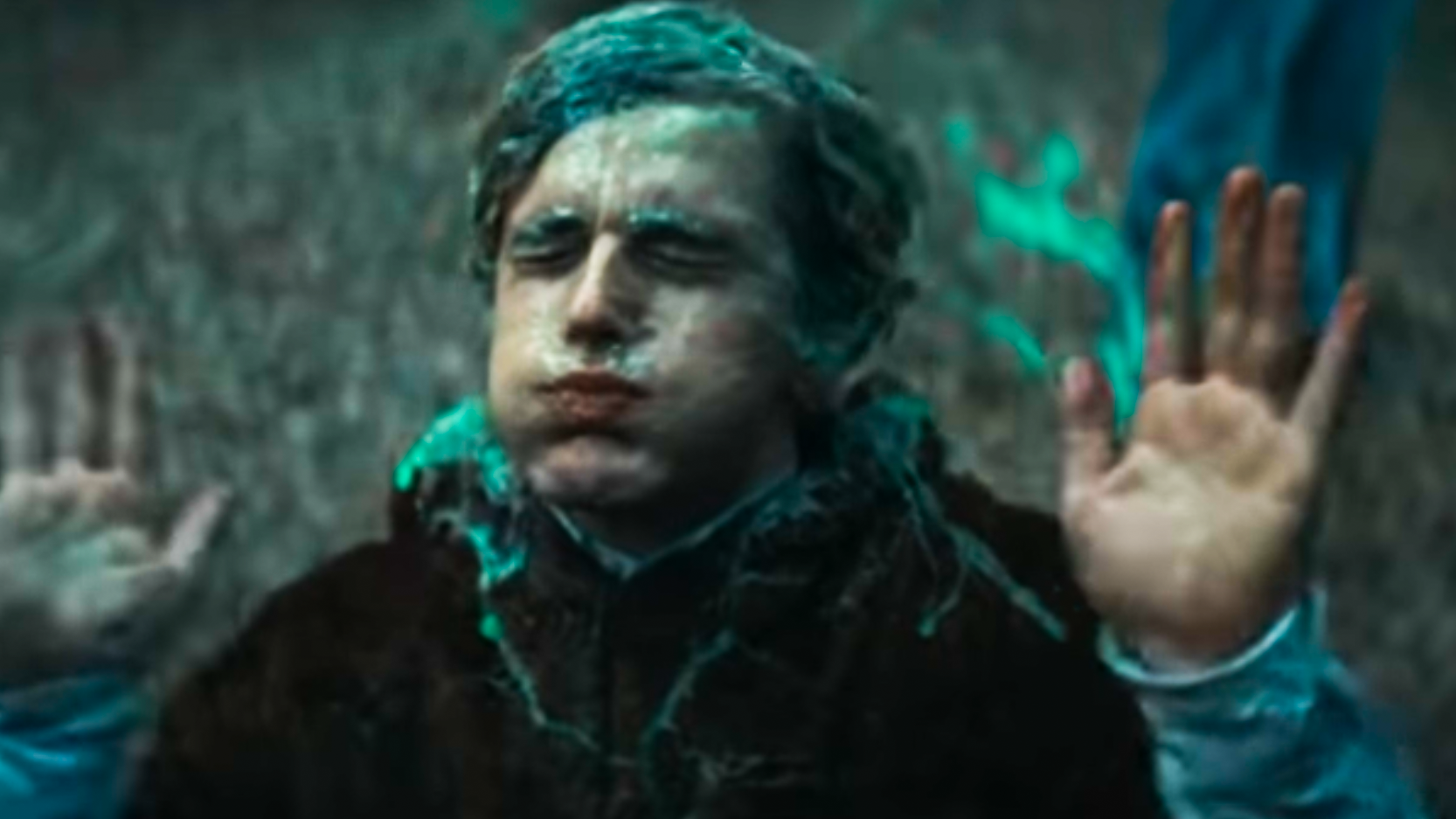 It’s day two of Netflix’s Geeked Week 2022, and this time it’s all about the movies. We’ve already been expecting the likes of The Gray Man, Spiderhead, and the already-released Interceptor, but perhaps less present on people’s radar is Blasted, the upcoming Norwegian action comedy from Martin Sofiedal.

The trailer teases the first few seconds with a simple premise; a couple of friends getting ready for a wedding, before it almost immediately flips us on our heads with dizzying sci-fi effects and action sequences, and it becomes apparent very quickly that this isn’t your conventional buddy comedy.

Reuniting Axel Bøyum and Fredrik Skogsrud, who appeared together in the Emmy Award-winning series Eyewitness, the duo star as childhood friends Sebastian and Mikkel, who find themselves together again at the former’s bachelor party, whom the latter was not invited to. Their squabble is quickly overtaken by an army of bloodthirsty aliens, and the duo is forced to channel their inner laser tag dynamos as they become the last hope for humanity’s victory against the invaders.

The film will join the already impressive array of Netflix’s foreign-language properties, being a Norwegian production with a Norwegian-language script. It’s one of the two Norwegian films announced at day two of Geeked Week, alongside the monster movie Troll, directed by Roar Uthaug.

Among Netflix’s most popular foreign features is the Omar Sy-led Lupin, which is filmed entirely in French, and the equally-acclaimed Squid Game, a Korean-language psychological thriller. Now, it seems like 2022 is the year of Norwegian film, and Blasted seems like a delightful way to celebrate.

Blasted releases to Netflix on June 28.