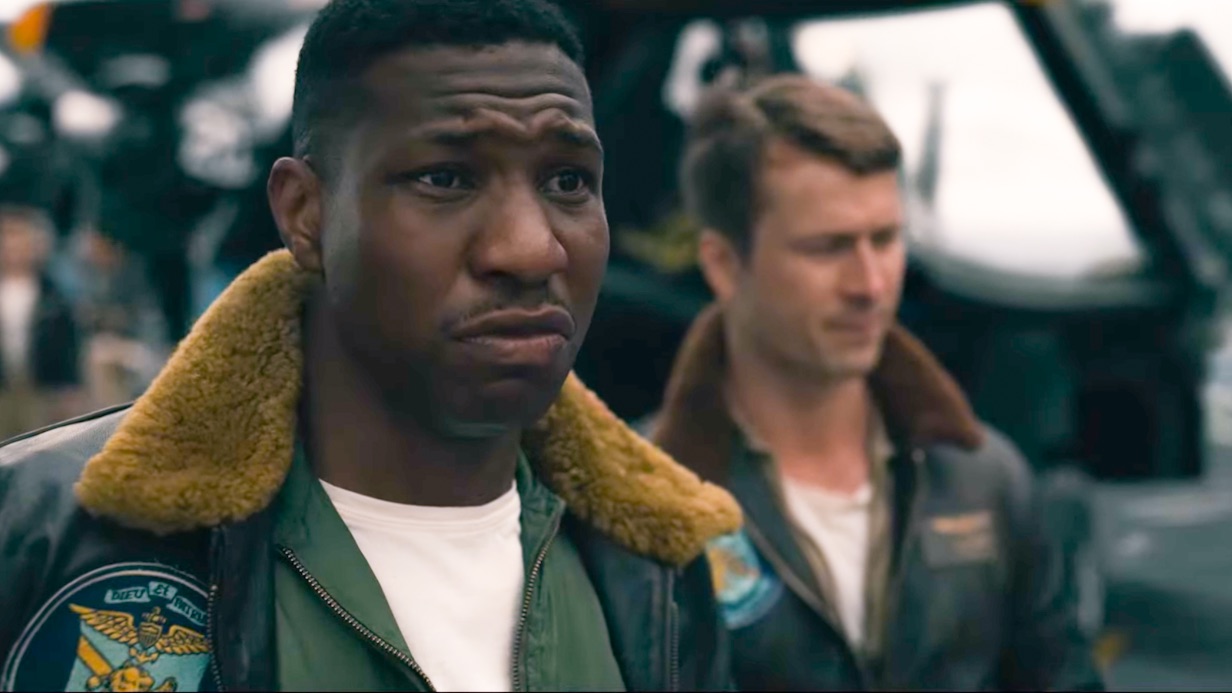 Aviation fanatics have more to look forward to than Top Gun: Maverick this year; Sony Pictures have just released a teaser trailer for upcoming war drama Devotion, based on the Adam Makos book of the same name.

Starring Jonathan Majors (Loki, Lovecraft Country, Da 5 Bloods) and Glen Powell (Top Gun: Maverick), the film tells the true story of Lieutenant Tom Hudner (Powell), a would-be Harvard student who chose the Navy over his studies, and Ensign Jesse Brown (Majors), who was the the Navy’s first Black carrier pilot. In a time where America was still steeped in segregation, the two of them became close friends and squadmates in the wake of the Korean War.

The trailer is rife with all the high-flying intensity you would expect from a premise such as this one, teeming with themes of heroism and camaraderie. With one of our two leads set to take on a history-making rescue mission, the question is teed up perfectly: how far would you go to save a friend?

Powell has jumped from one fighter jet film to another, having portrayed one of the mission candidates in Top Gun: Maverick alongside the likes of Miles Teller and Monica Barbaro. Majors, meanwhile, is currently filming for Michael B. Jordan’s Creed III, where he’ll portray the character Anderson Dame. He’s also set to reprise his role of Kang the Conqueror in the upcoming MCU film Ant-Man & The Wasp: Quantumania, having previously portrayed the villain in Loki.

Devotion is set to release to theatres in October 2022.