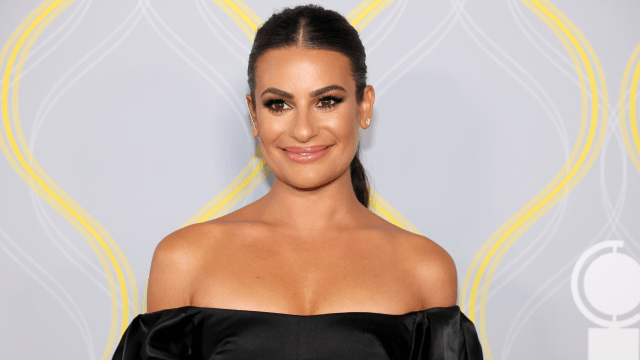 In a moment that feels like a flashback to everyone’s favorite musical teen drama, Glee, Lea Michele is starring as Fanny Brice in Funny Girl.

Not only is she gearing up to play the leading role, but fans have also seen their first look at footage of her journey to Brice, and it really is the role of a lifetime.

The footage shows behind-the-scenes peeks at the show starring Michele, which rolls out on Sep. 6. As Broadway lovers know, Michele is taking over the role as her stint on Funny Girl begins, but it’s not a role she’s unfamiliar with.

Michele has been passionate about Broadway since she was a child, and an integral part of her character arc as Rachel Berry on Glee was intricately tied to Fanny Brice. In fact, she sang more than a handful of Funny Girl songs throughout her run on the popular series.

Jane Lynch, Michele’s co-star in Glee, spoke to Deadline about her taking on the role of Brice, and she had nothing but love to share — even though Lynch is leaving the Broadway run, too.

“We have been in touch about it. You know, it was just a really strong idea to have Feldshuh and Lea premiere together. That’s the only reason we won’t appear together. I adore her. She’s just going to take this show and make it her own. I’m so glad she’s getting the opportunity in real life to do the show and not just on Glee.”

Tova Feldshuh takes Lynch’s place in Funny Girl as Michele takes over from Beanie Feldstein. The new run kicks off on Sept. 6, and Michele will undoubtedly own the role.