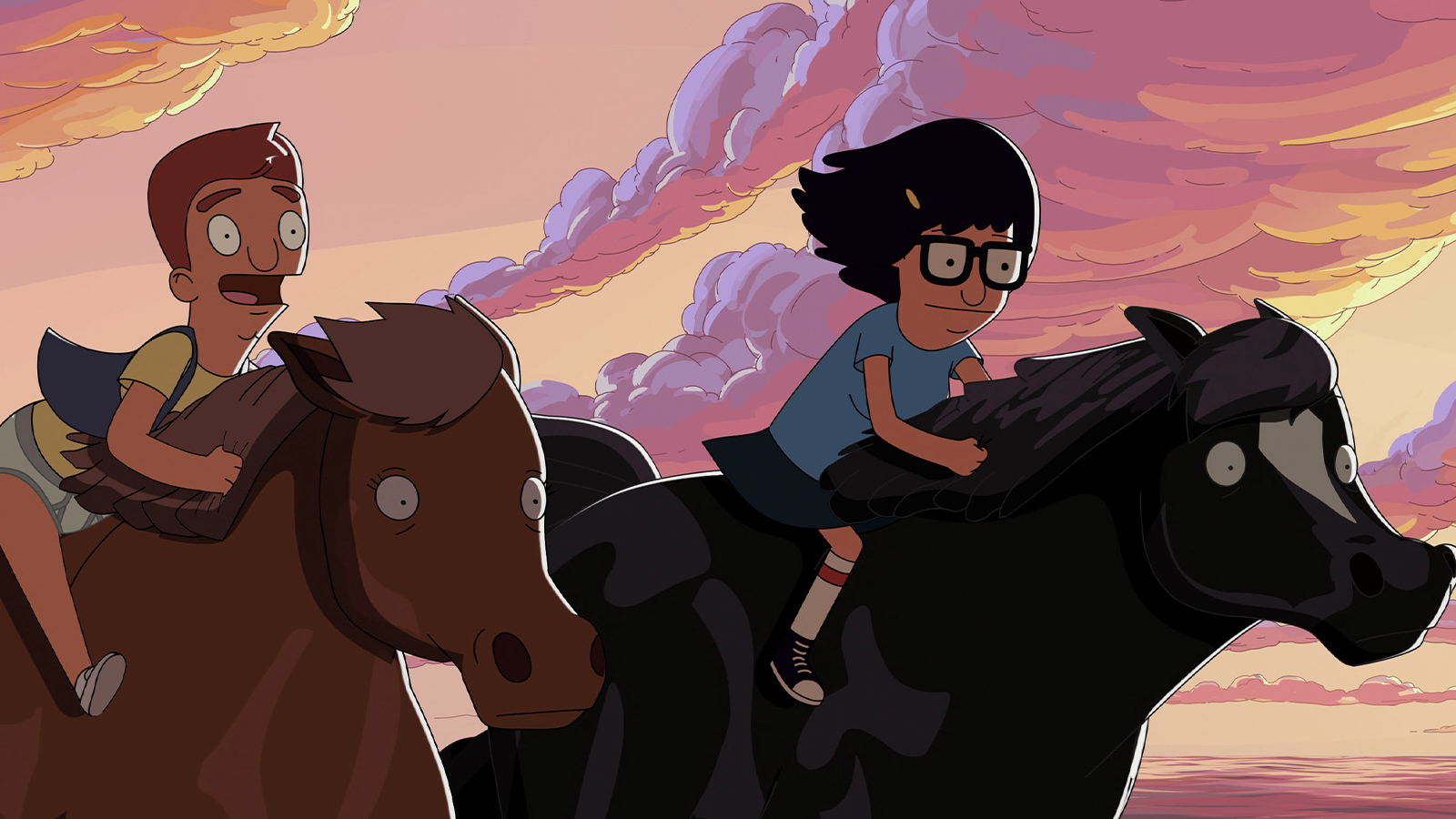 With anticipation for The Bob’s Burgers Movie at fever pitch among fans across the country, studio 20th Century Fox threw BB stans across the country a bone and debuted a new clip from the film this morning. While it doesn’t contain too many spoilers, there’s a lot to be learned about the film from just the minute-long clip that Fox shared.

It opens with the sitcom’s musical sting that plays when the show comes back from commercials after the opening credits and a superimposed title that reads, “PRESENT DAY,” which tells us that the film most likely opens with a flashback. Bob is making a “practice burger” because he wants to give his very best at cooking a burger for Mr. Downing down at the bank so that Bob can get an extension on the business loan that has kept his greasy spoon diner afloat.

And they’re going to need it. According to the film’s official website, which describes Bob’s Burgers as “an animated, big-screen, musical comedy-mystery-adventure,” a sinkhole opens in front of the restaurant leaving the whole family scrambling to save the business. In addition to assembling the show’s regular cast, which includes Kristen Schaal, Eugene Mirman, and John Roberts, there’s a plethora of big-name guest stars like Zach Galifianakis, Kevin Kline, Aziz Ansari, and even somehow Brian Huskey.

The film will premiere May 27th at Alamo Drafthouses across the country. The premiere date had been pushed back almost two years due to the COVID-19 pandemic that shut down movie theaters.