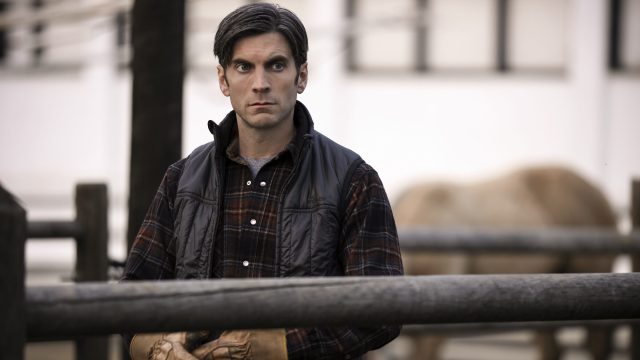 Yellowstone‘s Wes Bentley is opening up about Jamie Dutton’s character transformation in season five of Paramount’s number-one series. The new episodes kick off on Nov. 13, and we’re going to see a side of Jamie, unlike anything we’ve been made privy to before.

Attending the red carpet premiere in New York last week, Bentley spoke with Den of Geek about what’s on the horizon for Jamie in season five, including the mental and emotional realm he’s tiptoeing into for the very first time. Following the same topic of conversation he shared with other news outlets during the red carpet premiere, he says that the relationship between Jamie and Beth is certainly growing more intense as the story unfolds.

Bentley gave a rather coy response when asked if fans should be worried about Jamie or Beth’s longevity due to the volatile nature of their relationship.

“There is a fight. There’s a fight but I don’t want to say much more than that, because I’d love for the fans to discover that and what that means.”

Continuing to play upon that idea, he follows up by saying that the fight is something guttural, something that strikes a fiber at the very core of his existence. He says it’s going to come down to one of two ways out for Jamie: he fights or lets himself end up six feet under; Beth is threatening his survival, so what choice does he have?

A lot of the happenings between the siblings in season four lead Jamie to a new plane of existence in season five. He’s always been a confident character; whether or not he’s been a favorite, Jamie forges onward with a zest for doing what he feels is right. That changes in the upcoming episodes; he’s experiencing something unusual to him — he feels like he’s got nothing left and nothing left to lose.

“His energy at the beginning of season five is he’s lost. For the first time ever, he doesn’t have a plan. He’s been checkmated by his sister, which alone crushes him. But on top of that he’s killed his own father. He’s lost his dream job to his other father. He’s got nothing. Nowhere to turn. All he’s got is the anger he feels and the intense hatred he now has for Beth is boiling. He’s got no options, and that’s going to pop.”

We’ve seen the desperation in Jamie before, but never quite like this, and it’s undeniable to note that his character will be undergoing a next-level transformation when we see him again soon; the question is: at what cost?

Yellowstone‘s exciting fifth season kicks off this Sunday, and you won’t want to miss a second of it.