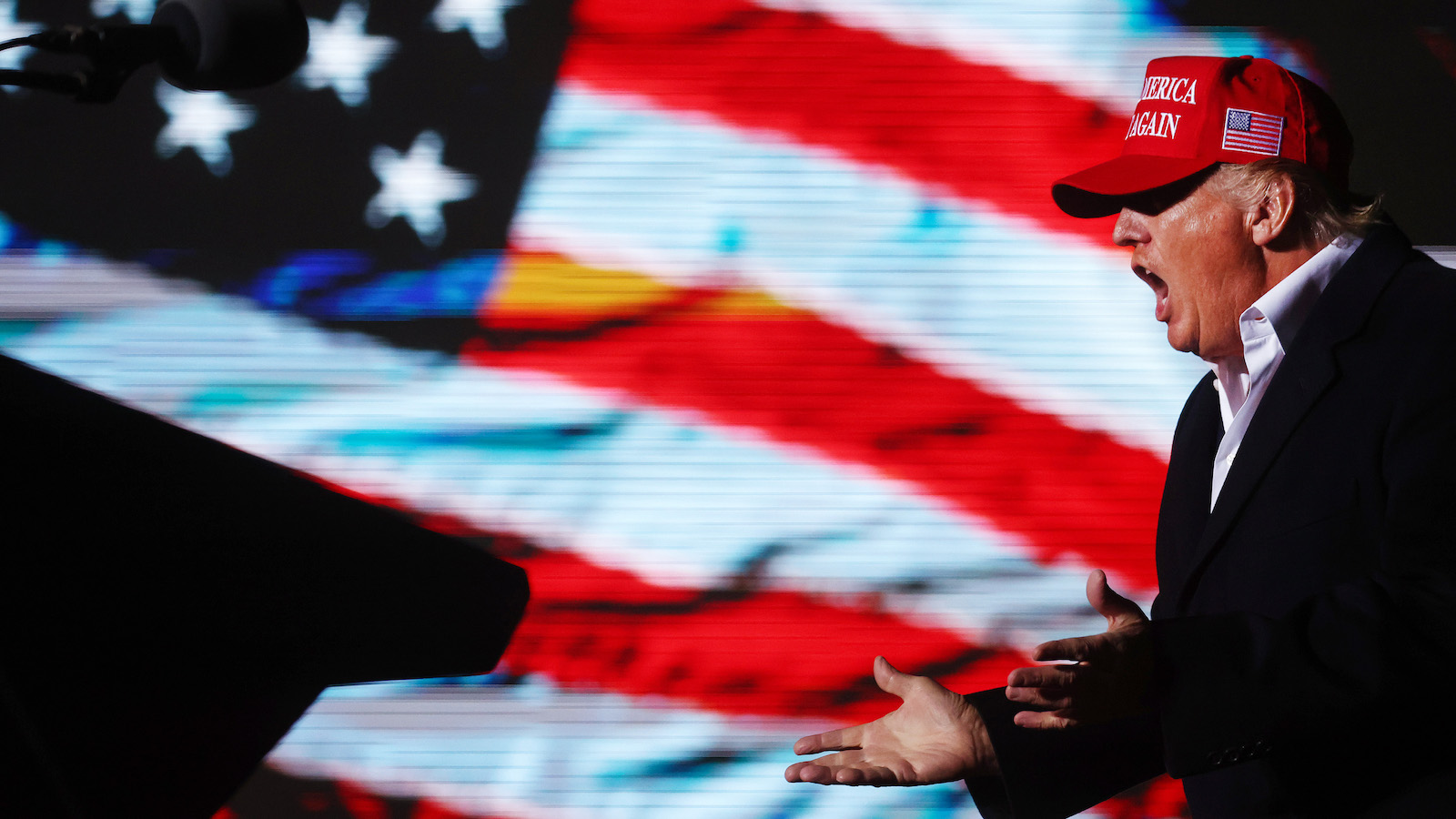 Truth Social, the all-new entry into the social media sphere, marketed and backed by Donald Trump himself, launched on Apple’s App Store yesterday evening. The free-to-use social media app bears a striking resemblance to Twitter — more on the latter — and is formatted almost exactly like the former president’s former favorite media app. So, can this latest foray into the mediasphere take on 600-pound gorillas like Twitter and the Metaverse? Or will it all be a flash in the pan? Does anybody remember “From the Desk of Donald J. Trump…?”

Trump’s own fledgling LLC, Trump Media & Technology Group, aka T Media Tech LLC, formed this month, is the primary entity behind Truth Social. Trump formed the company himself, but the CEO is former representative and Trump partisan Devin Nunes. Digital World Acquisition Corp. is also involved and has merged with TMTG to form a publicly-traded company. The business is expected to offer additional alternatives to so-called traditional media and established social media in the future.

Truth Social’s beginnings go back to the highly charged atmosphere directly following the attempted insurrection on Jan. 6 of last year. Trump found himself banned by Facebook until at least next year and, perhaps more devastatingly to the Apprentice host, was permanently banned from his preferred social media avenue, Twitter. During the height of his presidency, Trump was tweeting an average of 30 times a day to nearly 90 million followers.

After losing his account, Trump vowed to return to the internet in some form or another, beginning with his blog, “From the Desk of Donald Trump.” The platform didn’t really suit Trump’s abbreviated, Twitter-friendly communication style, however, and followers felt stymied by the inability to comment and respond. The site received less and less traffic until it ultimately closed after a month of operation towards the end of May 2021.

Four months later, Trump announced the imminent launch of Truth Social, claiming it will “stand up to the tyranny of Big Tech,”  according to PCMag.

Truth Social’s interface will be immediately familiar to Twitter users. Although it doesn’t relate to the former president’s social media preferences, it’s not a coincidence. The app was created utilizing Mastodon, an open-source social network hosting software. The interactivity is intuitive to anyone who’s ever made a tweet. The only difference is terminology. Users don’t “tweet”; instead, they post “truths.” They can even repost other users’ content in the form of “retruths.” The beta version of Truth Social, which was made available to a limited set of testers in October, was, according to PCMag, a recolored version of Mastodon’s 3.0 theme.

Is Truth Social for me?

Well maybe. If you’re looking for a social media site less toxic than Twitter and less misleading than Facebook, then the answer is almost certainly no. If you think “woke culture” is ruining entertainment and that social media should have little or even no moderation in terms of fringe movements, perhaps Truth Social is the site you’ve been dreaming of. But don’t count on it going the distance as far as the various Meta offerings or Twitter. Various spaces have attempted to leverage the disenchanted and even radical elements of the right in an attempt to wrest the crowns and laurels of social media away from the apparently all but unstoppable current leaders in the market. Gab, Telegram, Parler, even Gettr have all tried, but none have achieved even a small percentage of the numbers they would need to be king of the social media mountain. Despite Trump’s still surprisingly wide margin of popularity, Truth Social doesn’t seem to be poised to do so either.

Unlike Mastodon, which favors an extremely user-driven model that does not rely on algorithms, Truth Social’s Privacy Policy frequent references to ads and third parties make it clear that monetization is a strong priority for the new site. While that certainly doesn’t guarantee user data isn’t being harvested, it’s not necessarily any promise that it isn’t either.

What might give some users pause, however, is the site’s hands-off approach to content moderation. Certainly, other apps catering to disaffected members of the far-right, such as Gab and Parler, have run into problems stemming from fringe content on their respective sites. Gab fell victim to a data breach last year that revealed that 500 accounts identified as investors in the site included “neo-Nazis, QAnon influencers, cryptocurrency advocates, and conspiracy theorists,” as reported by The Guardian. While The BBC found Parler to be “the home of many posts that would either be flagged as misleading or removed by major platforms—on topics like the election, COVID-19, child trafficking, and vaccines.”