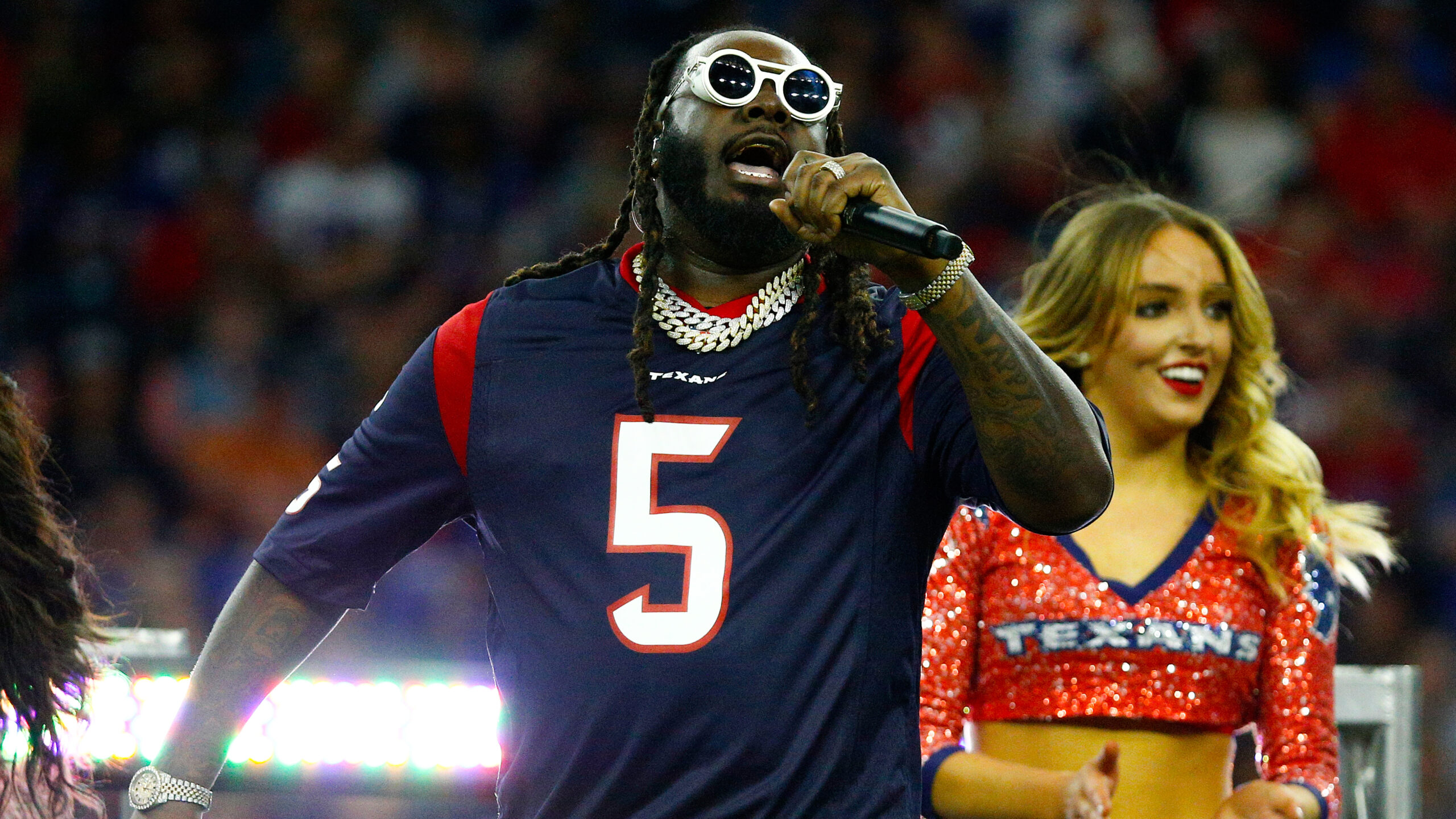 With sales down on his upcoming tour, rapper T-Pain has a new sales tactic: Berating his fans directly, taking to TikTok to yell at residents of Dallas, Texas for not buying tickets to his shows quickly enough.

Using a concert sales spreadsheet as his background, the “Buy U a Drank” rapper explained that he had just been sitting with his team going over the percentage of tickets sold for each stop on his upcoming “The Road to Wiscansan (sic) Tour).” He made a special point of calling out Dallas for sales stalling at 26% of available tickets sold. Meaning that even ticket resale websites like StubHub decided not to invest in tickets for the tour.

T-Pain went on a rant against the residents of Dallas, saying, “What the fuck, Dallas?” T-Pain then went on to explain to DFW fans that they owe him their loyalty, saying:

“I wore cowboy hats many times! I used to raise horses! I feel like I’m part of the city! I’ve worn a cowboy hat or two…regular cowboys and Dallas Cowboys!”

According to his tour schedule, Pain is due to perform at The Factory in Deep Ellum, which can accommodate upwards of 4300 patrons. Meaning that with only 1100 fans in attendance, the show will be ideal for music fans who hate having to stand in a bathroom line at a venue.

T-Pain threatened in his post, “BUFFALO YOU’RE NEXT!” And no wonder, with sales of tickets to Buffalo’s show at the Outer Harbor Ampitheater at only 39%. With a capacity of 8,000, that means only 3,120 fans of the one-time platinum-selling artist decided to pay the $24 admission to see Flo Rida’s former sideman.

Similarly, only 40% of Philadelphia’s Fillmore venue appear to have been sold, and with a capacity of 2500 that indicates that only over a thousand fans feel that a $40 ticket price is worth risking exposure to the Omicron variant to hear a blend of T-Pain’s standup and a version of “Can’t Believe It” without Lil Wayne.