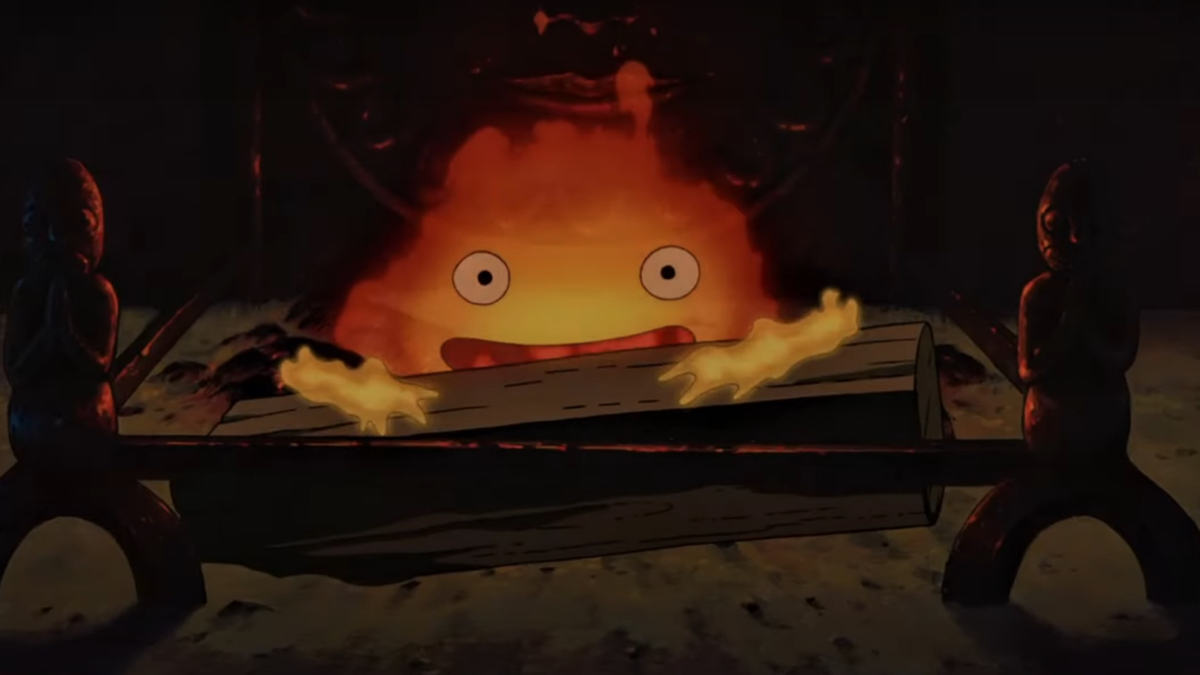 It would take quite a bit of fuel to get a whole dang castle up and running, don’t you think? And yes, that’s running in a literal sense, something that happens pretty often in Howl’s Moving Castle, an anime fairytale that’s centered around characters who live in a moving castle.

This unusual scenario provokes an obvious question for any first-time viewers of Howl’s Moving Castle: who or what is moving said castle? Is it propelled by magic, science, or something else?

Who or what moves Howl’s castle?

Unsurprisingly, since Howl’s Moving Castle is a fantasy story, the answer is magic. It just so happens that a feisty little fire demon named Calcifer provides the magic fuel that keeps the castle moving. Before the events of Howl’s Moving Castle, the cranky ball of fire was once a star, but became a fire demon after forming a contract with wizard Howl Jenkins Pendragon, who saved him from being extinguished when he fell to Earth. Ever since then, he’s been forced to fire up the castle, whether he feels like working or not (which is understandably a source of endless frustration for him.)

As far as appearance goes, Howl’s Moving Castle‘s comic relief is mostly orange red. Calcifer has a mouth and eyes, as well as tiny flame “arms” to wave about in fiery indignation. His size and color often changes based on his emotions and activities. For example, when Howl uses him to perform a magic spell to create an ideal place for Sophie to live, he turns blue and pink, with yellow eyes.

With the unexpected arrival of Howl’s Moving Castle‘s go-getter heroine Sophie Hatter, a spark of hope finally manifests for the trapped and fussy little fuel source. Having grown weary of upholding his end of the contract with Howl and having recognized that the young girl is under a powerful aging spell, Calcifer promises to break her magical curse if she agrees to find a way to free him from his place of thrall in the castle’s hearth.

Despite this early agreement, the pair still has their ups and downs throughout Howl’s Moving Castle, with Sophie occasionally bullying Calcifer into helping her cook breakfast, or threatening to douse him with water if he doesn’t offer information. She also frequently displays insensitivity regarding his understandable anxiety about potentially “going out” if he’s not kept dry or fed enough. That being said, Calcifer always gets excited when she compliments him, and their relationship becomes steadily warmer as the story goes on.

While he allegedly wouldn’t tell Howl if another demon entered the castle, Calcifer does show concern for its inhabitants and worries about the wizard’s magic battles. It also turns out that he has Howl’s heart in his possession (under his logs, to be precise), and that their lives are actually tied together.

Near the end of Howl’s Moving Castle, Calcifer helps Sophie find the wizard-at-war, consuming her hair as a fuel source to power up his dying flames and make the broken castle operational again. Ultimately, after Howl’s heart is returned, he’s a free and happy flame monster, with his contract with the wizard effectively severed (although he chooses to stay by his side). With his movements unrestricted, Calcifer now has the ability to float around at will!