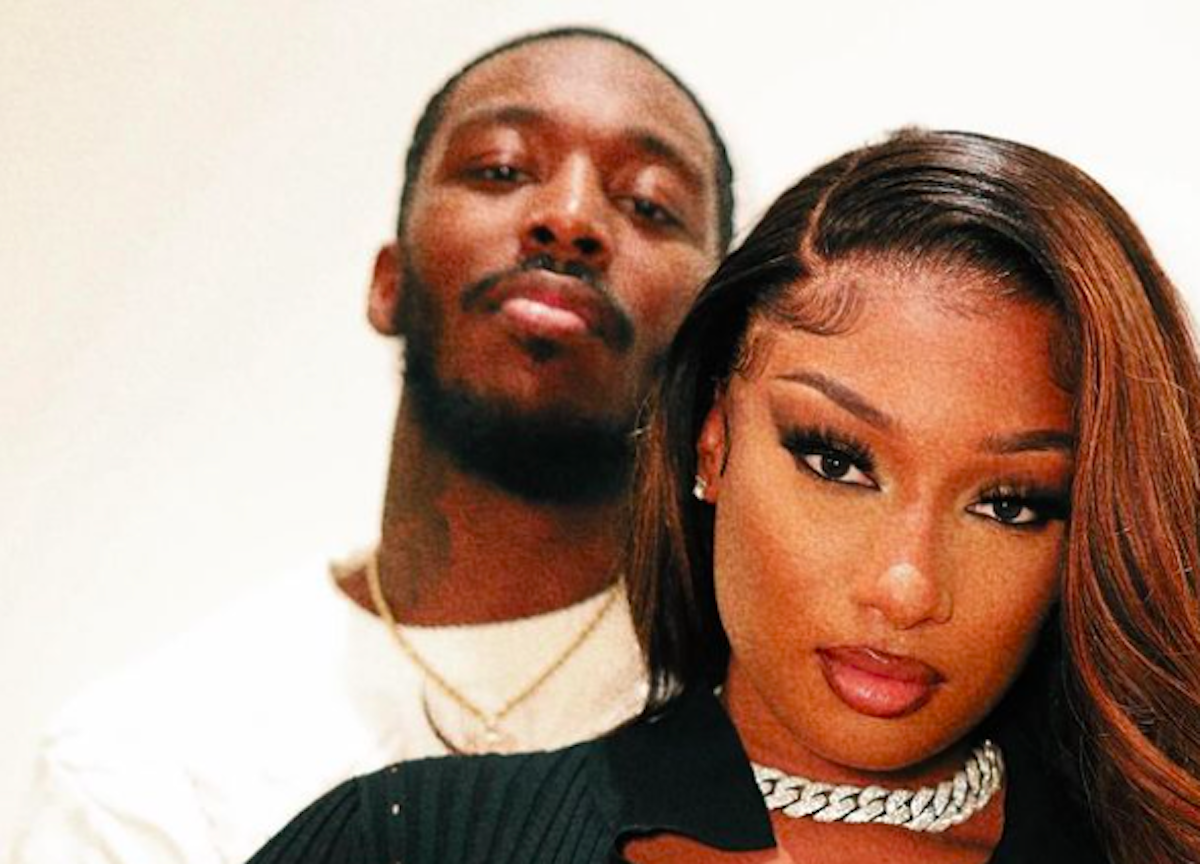 From earning her college degree to becoming one of the most popular female rappers in the hip-hop industry, Megan Thee Stallion dominated headlines in 2021. That’s probably why so many people are curious about what’s going on in her personal life. Her love life is a hot topic of conversation, since a lot of the lyrics of her songs aren’t shy about addressing sex. Fans are curious to know if her rap songs are truly inspired by a special someone in her life. Here’s what you should know about Megan’s relationship with rapper Pardison Fontaine.

Who is Pardison Fontaine?

Before getting into the nitty-gritty details about when Megan and Fontaine met and started dating, it’s important to dive into the details of who he is as a person. Although Fontaine is recognized with his stage name by most people, he was actually born Jorden Kyle Lanier Thorpe. Just like Megan, Fontaine is also a rapper. He writes his own lyrics and was born and raised in Newburgh, New York. In 2018, he released the hit single “Backin’ It Up,“ featuring none other than Cardi B, who would eventually collaborate with Megan herself. “Backin’ It Up” impressively peaked at number 40 on the US Billboard Hot 100 Chart. Some of Fontaine‘s other notable songs include “Oyyy,” “Take It Down,” and “Shea Butter.”

When did Megan Thee Stallion and Pardison Fontaine start dating?

Megan publicized her relationship with Fontaine in February 2021. A fan started asking her about her Valentine’s Day date during an Instagram live stream, and she began gushing with all the intimate details. There were claims that Megan and Fontaine were arguing in a video but she took time during the live stream to shut those rumors down. She described Fontaine is being calm and sweet. Actions certainly speak louder than words and on Valentine’s Day he gifted her a trip on a private jet with a huge floral arrangement. It’s possible Megan and Fontaine were dating way before February 2021, but that’s simply the timeframe when they were comfortable sharing their love with the entire world.

Fontaine definitely has an Instagram and it’s currently a little less than 100,000 followers away from 1 million. He uses the URL link section to connect his fans to one of his songs on YouTube which dropped in August 2021. It’s called “By Myself” and the comment section is filled with an outpouring of support and interest. The only highlight reel he has added to his Instagram profile is a link to his SoundCloud. It’s obvious that if you take the time to check out Fontaine‘s IG, you’ll see the dedication he has to his music career. A few scrolls down on his feed will also reveal how seriously he takes his relationship with Megan. They have several lovey-dovey pictures together and in most of the shots, they appear to be the ultimate power couple.

What was Pardison Fontaine doing before entering the rap game?

Before becoming a rapper and before starting his relationship with Megan, Fontaine was busy focusing on other possible career paths and avenues. Straight out of high school, he scored a scholarship to play Division 2 basketball at Goldey-Beacom College in Wilmington, Delaware. Focusing on academics long-term simply wasn’t his interest so he decided to drop out after one semester to pursue a career in music. At one point in time, Fontaine also worked as a substitute teacher, occasionally working at Hudson Valley Middle School to earn a steady flow of income. Unfortunately, when the administration there found out about his alter ego as a hip-hop artist, he was swiftly fired. Working as a substitute teacher is obviously the last thing on Fontaine‘s mind at this point.

Who else has Megan Thee Stallion dated before Pardison Fontaine?

Megan has had some other noteworthy relationships in her life before she began dating Fontaine. One of the people she was rumored to be dating is Los Angeles Lakers player Michael Beasley. He decided to shoot his shot with her on Instagram after she posted a bikini selfie on the social media platform. Rumors about a possible fling made the rounds but nothing was ever confirmed. Megan’s rumored relationship with Tory Lanez in 2020 ended in a harrowing incident, when allegations that Lanez her in the foot went public in July of that year. They spent a lot of time quarantining together during the COVID-19 pandemic, leading people to believe they were in a relationship. At this point, there’s nothing but bad blood between the two.

Rumors about Megan and G-Eazy popped up at the beginning of 2020, after G-Eazy kissed her cheek in a playful social media video. It turns out they’re probably nothing more than platonic friends, though. Rumors about Megan and Trey Songz also circulated for a while after they were spotted getting cozy at a nightclub together in 2019. Before all of that, she was rumored to be dating another rapper named Moneybagg Yo after they collaborated on two songs together. These days, none of these former relationships matter to Megan anymore since she seems to be happily in love with Fontaine.

What else should fans know about Pardison Fontaine?

Fontaine has a four-year-old daughter with an ex-girlfriend. Neither Fontaine nor Megan have spoken up about having kids with each other just yet. Fontaine has also written lyrics for several other popular musicians including Lil Nas X and Ed Sheeran. Although he’s done a lot of positive work as a ghostwriter, Fontaine has more of an interest in being known as an artist in his own right. However, as long as he’s dating Megan, he may always be the second most popular rapper in the relationship.