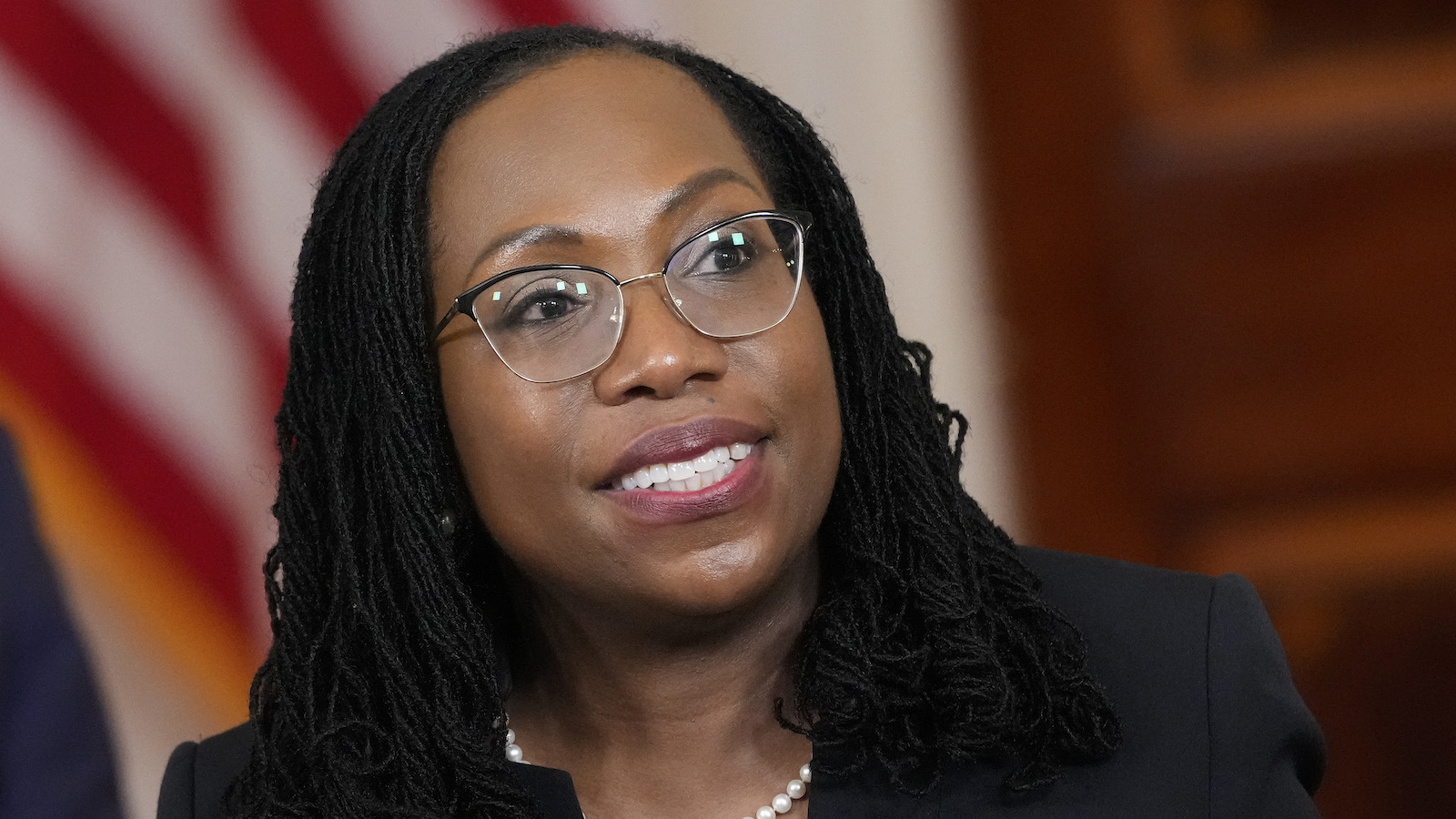 President Joe Bident has named Ketanji Brown Jackson, a federal judge on the United States Court of Appeals for the District of Columbia Circuit since 2021, as his nominee to fill the soon to be vacated seat of Justice Stephen Breyer. Jackson, 51, previously clerked under Breyer and was sworn in personally by him to her seat on the Court of Appeals last year.

If confirmed, she would be the first black woman and the sixth woman to hold a seat on the highest court in the United States.

Jackson was born in the District of Columbia and grew up in Miami, Florida, where she graduated from Miami Palmetto Senior High School in 1988. Both of Jackson’s parents were graduates of HBCUs. Her father was the chief attorney for Miami-Dade County School Board, while her mother served as the principal for the prestigious Miami magnet school, the New World School of the Arts. Jackson attended Harvard, graduating magna cum laude in 1992 and working as a staff reporter and researcher for Time magazine before returning to Harvard to attend law school. While there, she edited the prestigious Harvard Law Review before graduating with her J.D. in 1996.

From 2003 to 2005, Jackson served as an assistant special counsel to the United States Sentencing Commission. According to Vox, Jackson is considered to be a leading expert on federal sentencing policy. Jackson later spent two years as an assistant federal public defender in D.C., where according to the Washington Post, “she won uncommon victories against the government that shortened or erased lengthy prison terms.” Jackson then was nominated to the United States Sentencing Commission as Vice-Chair by then-president Barack Obama. While there, the Commission amended many stringent sentencing recommendations established during the “War on Drugs.”

Jackson’s past as a sentencing reformer is likely to be used by any GOP members on the Senate seeking to derail her nomination. Current Republican talking points are seeking to re-establishing no-tolerance approaches to drug crimes, and it can be expected that the issue will be brought up repeatedly during her upcoming confirmation hearing. The current fifty-fifty makeup of the Senate will pose a hurdle that may be insurmountable at this point in history.

Although Jackson would be breaking down barriers if confirmed, it also must be noted that in a less-contentious era, she would almost certainly be in for an easy confirmation process. In her near-decade of sitting on the bench, Jackson’s judicial decisions are not the stuff of partisan contention. Or at least they didn’t use to be. In today’s vastly politicized atmosphere, almost any nominee can expect a fierce struggle through the process, and anyone who whiffs of progressivism can expect a narrow victory at best.

In Jackson’s favor are her impeccable credentials as a jurist and judge. Also, Jackson has served as a federal judge since 2013 but has so far managed to avoid handing down verdicts that deal directly with many of the rights hot button issues such as race, police violence, or abortion.

Many on the left predict that Jackson’s nomination and hope for confirmation may fire up President Biden’s base. In the second year of what many progressives consider to be a lackluster term in office, Jackson’s history as a lawyer with actual experience representing defendants charged with a crime would make her the first justice to bring such experience to bear since Justice Thurgood Marshal left the bench in 1991. That and her significant contribution to justice reform could just make the jurist a new light on the left.

As reported by CNN, as Biden introduced Jackson to the public via a televised announcement from the White House, he noted, “She listens. She looks people in the eye — lawyers, defendants, victims, and families — and she strives to ensure that everyone understands why she made a decision, what the law is, and what it means to them. She strives to be fair, to get it right, to do justice. That’s something all of us should remember.”

In her first address to the public following the President’s announcement Jackson acknowledged her faith as a major factor in her journey towards the court, saying, “I must begin these very brief remarks by thanking God for delivering me to this point in my professional journey. My life has been blessed beyond measure, and I do know that one can only come this far by faith.” Jackson went on to state, “The United States of America is the greatest beacon of hope and democracy the world has ever known. I was also blessed from my early days to have had a supportive and loving family. My mother and father, who have been married for 54 years, are at their home in Florida right now, and I know that they could not be more proud.”