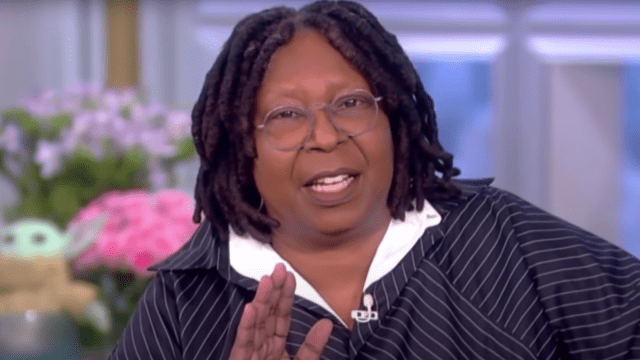 The View is back for its 26th season, and one of today’s guests is the author of a book that Whoopi Goldberg couldn’t put down, nor could she stop listening to it.

The title of the book is I’m Glad My Mom Died, and the author is Jennette McCurdy, who rose to fame as a child actress with a breakout role in Nickelodeon’s iCarly. The memoir details McCurdy’s life with her mother and — of course — her death in 2013 after a long fight with breast cancer.

Goldberg calls the book both “horrific” and “terrific,” and there’s a question on whether or not it can be both, McCurdy says it can be, and the hosts of the talk show agree. While some of them had great relationships with their mothers, others did not, and that’s precisely the kind of conversation McCurdy wants to create space for.

If you’ve not yet heard McCurdy speak about her relationship with her mother, the title and cover art might be quite jarring. However, once she starts talking about the years of abuse she suffered, how it took years to realize it was abuse at all, and once you’ve read the book as a whole, McCurdy says the title makes more sense.

Goldberg notes that the book was incredible, but listening to it via an audiobook really changed things for her. She said you could hear the range of emotions in McCurdy’s storytelling, and hearing her laughter as she worked through the content in the book helped Goldberg get through it herself.

McCurdy’s book, I’m Glad My Mom Died, has been number one on the New York Times Best Sellers List for four weeks, and you can find it on Amazon or at local bookstores.