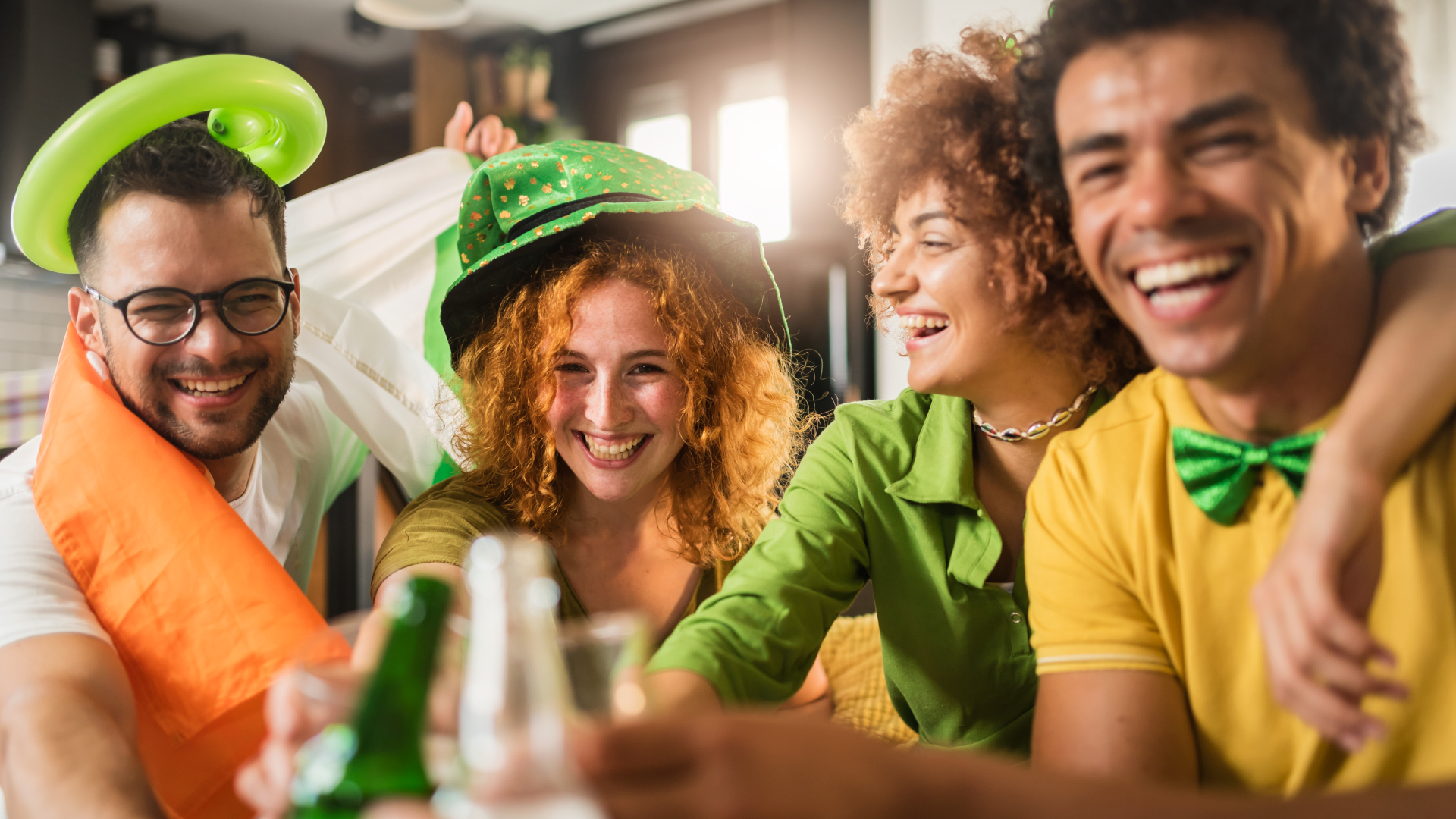 As with most holidays, the arrival of St. Patrick’s Day each year also hearkens the arrival of several longstanding traditions. People who celebrate the March 17 holiday find every excuse to drape themselves in shamrocks, down a Guinness or two, and enjoy a plate of corned beef and cabbage. These traditions — and plenty more — have long been associated with the annual celebration of Irish pride, and of course the patron saint of Ireland, Saint Patrick.

Some of the holiday’s most popular traditions were born far from the Emerald Isle, cropping up instead across the States as Americans adopted some of that Paddy Day spirit. One of St. Patrick’s Day’s silliest traditions demands we wear green or risk pinching, but where does this rule come from?

Why do we wear green on St. Patrick’s Day?

One of St. Patrick’s Day’s most widespread traditions, the wearing of green has been associated with this holiday for generations. Green wasn’t always synonymous with this widely-celebrated holiday, however. It replaced a gentle sky blue, the official color of the order of Saint Patrick, so long ago that few people remember that green wasn’t always the holiday’s official color. Back in the day, blue was more closely associated with this popular holiday but was gradually replaced with the image of a shamrock — another staple of St. Patrick’s Day tradition.

A green shamrock was supposedly used by Saint Patrick to educate people about the Holy Trinity, and soon became one of the patron saint’s official symbols. When King Henry VIII declared sovereignty over Ireland, many of the island’s inhabitants rebelled, using the green shamrock as a symbol of unity and identity. This helped both the color green and the shamrock to become closely linked to the Emerald Isle’s annual celebration.

Why do we get pinched for not wearing green on St. Patrick’s Day?

The second part of St. Patrick’s Day’s oddest tradition requires people to pinch their peers if they notice a lack of green on March 17. This tradition likely came about following America’s adoption of the holiday, according to Irish Central, but has since spread to nearly every corner of the world. The requirement of green supposedly came about because green attire makes its wearer invisible to leprechauns.

According to tradition, leprechauns — another American addition to the holiday — run rampant on St. Patrick’s Day. While the holiday is underway, they peruse our streets and homes, on the hunt for any foolish revelers who neglect to properly color-code their outfits for the day. If they spot anyone in non-festive colors, they earn a pinch from the holiday’s unofficial mascot. And, since the leprechauns can’t be everywhere at once, they occasionally recruit nearby party goers to assist in the pinching process.