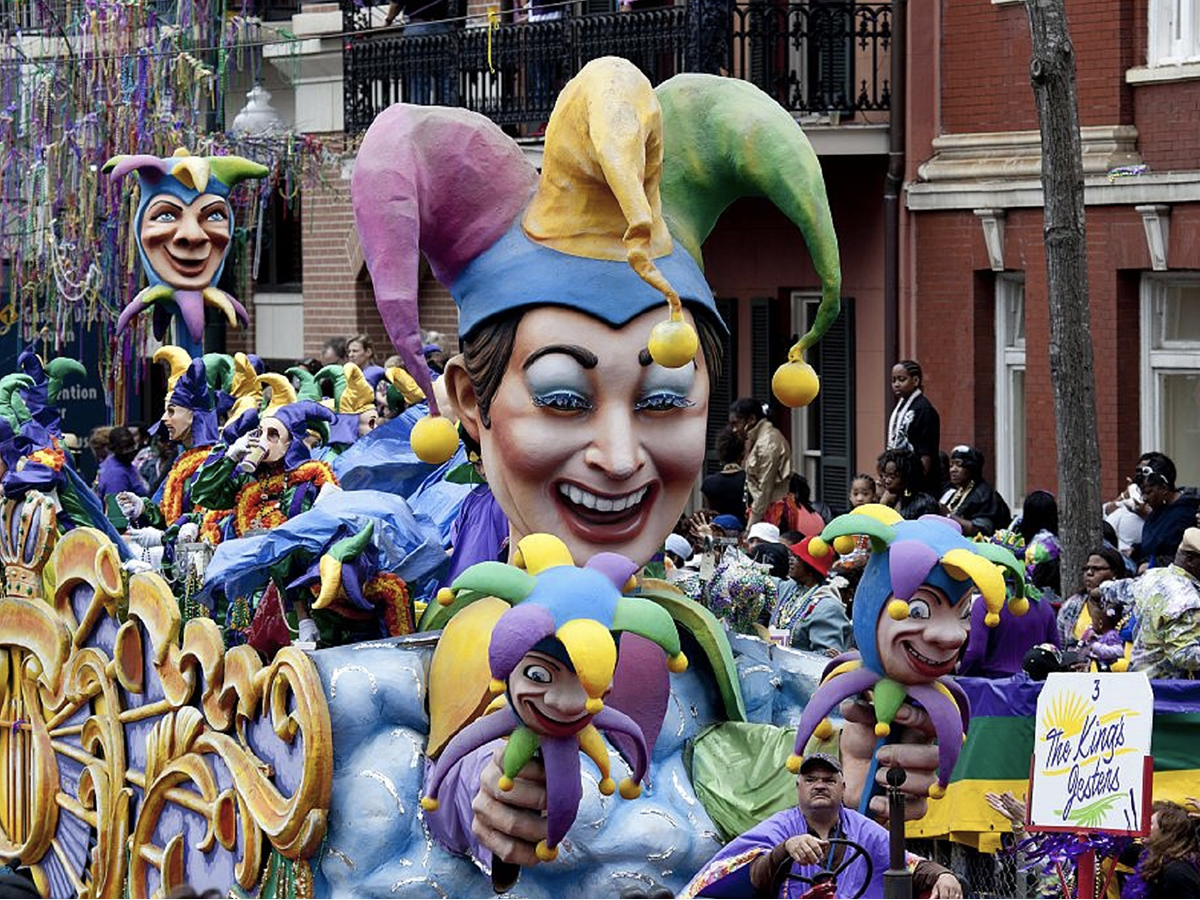 In the United States, the celebration is called Mardi Gras, and visitors from all over the world come to New Orleans, Louisiana, to celebrate a holiday known as “Fat Tuesday.” And while many may come to drink, enjoy a jazz parade, drink, eat gumbo, drink, and throw beaded necklaces at women to prompt them to lift their shirts, the question remains, “What is this holiday, and how did it get its name?”

In Western European countries, they call it “Carnival.” In Latin America, the word is “Carnivale,” and worldwide, it describes a period of ecstatic celebration involving public partying, colorful costumes, and a release of inhibition. In Rio de Janeiro, the world’s most famous Carnivale, over two million people come out to revel every day, joining large parades which feature groups dancing the samba.

In French Guiana, they celebrate in the Creole tradition. Creole is a term dating back to the colonial era, describing an ethnic group formed of the descendants of French settlers and native populations, primarily West African. This Carnival begins on the Epiphany, a Christian holiday to celebrate the visitation of the Wise Men to newborn Jesus, and ends on Ash Wednesday, a Christian day of prayer and fasting. In French Guiana, while Carnival is a Creole tradition, all are welcome to participate as the entire week is marked by eating galette de rois, or as it’s known in English “The Cake of Kings,” drinking champagne, and marching in large extravagant parades that feature floats, costumes, and dancing.

As New Orleans contains a large population descended from the Creole people, they have imported this Carnival tradition. The day is called “Fat Tuesday” in honor of the eating of rich fatty foods like the galette de rois on Shrove Tuesday. The following day, Ash Wednesday, is a solemn day of reflection and “shroving,” or confessing one’s sins and receiving absolution. The simplest way to describe Mardi Gras is a way to blow off steam before the holiday of Lent, which emphasizes sacrifice and introspection.

While dressing up isn’t mandatory in New Orleans during Carnival, you’ll certainly stick out in the crowd if you aren’t at least wearing feathers and a mask, and not dressing up is like showing up to the Super Bowl and refusing to watch the action on the field. The traditional celebratory colors of Mardi Gras costumes are purple, green, and gold. Costumes range from the simple (masks, feathers, glitter) to the traditional (Medieval attire, usually jester costumes, and fairies are the most popular) to the truly fabulous (the Bourbon Street Awards are known as the “most fabulous drag -queen contest in America).

Frenchquarter.com, a website devoted to the culture of New Orleans’ famous French Quarter, has a lot of practical advice for first-time revelers, including to dress warm, as the parade takes place at the end of winter, and to wear comfortable shoes, as you’re going to be walking around all day.

The Mardi Gras parades are organized by groups called “krewes,” who organize routes, performers, safety protocols, and sometimes even celebrity guests. The Krewe of Bacchus celebrates the historic God of Wine, and their “celebrity Bacchuses” have included Bob Hope, William Shatner, Hugh Laurie, and J.K. Simmons.

New Orleans isn’t the only city in the United States to celebrate Mardi Gras, and in Mobile, Alabama, home of the original Carnival in 1699, they take “party gras” seriously. While the southern town might seem an unlikely birthplace of American Creole debauchery, back before it was an official American territory, it was the French capital of Louisiana.

In fact, Dominique Lejeune, a 27-year old singer/radio DJ, recently went viral, coining the term “Deep Gras,” referring to the week of celebration in Mobile when everything in the city comes to a halt so that the city can really throw itself into party mode. After posting it to Instagram with a list of other Mardi Gras-related terms she invented, Lejeune has decided to trademark the phrase after it went viral without attribution.

However you describe it, whatever term you describe it by, Mardi Gras and the associated Carnival is one of those great worldwide traditions that will live on through a global pandemic and multiple wars and will be here for centuries to come.